Retired Oakland police captain Ersie Joyner was wounded and another person died in a gun battle during an attempted robbery at an Oakland gas station, according to sources. Surveillance video shows the robbery at the pump and shots that followed.

OAKLAND, Calif. - Retired Oakland police captain Ersie Joyner - a man credited for the success of the department's anti-violence program – was wounded Thursday and another person died in a gun battle during an attempted robbery at an Oakland gas station, according to sources.

Joyner underwent surgery at Highland Hospital and was in the intensive care unit, according to a source. Police said the victim is in critical but stable condition. Mayor Libby Schaaf and top police administrators visited him there.

"This hits deep, absolutely," said Oakland City Council member Loren Taylor, who came to Highland Hospital after hearing about Joyner's injuries. "Someone who dedicated his life to keeping other people safe, to have this happen to him, where he is the victim of violent crime, it's tragic."

On Thursday, Joyner was at a Chevron station in the 1700 block of Castro Street in West Oakland pumping gas when three suspects pulled up in a black car and attempted to rob him at gunpoint around 1 p.m., sources told KTVU.

That's when Joyner pulled his own gun and opened fire, hitting and killing one of the suspects and injuring another, video at the gas station shows. Two of the suspected robbers returned fire and injured Joyner.  On the video, the dead man's companions try briefly to drag him to their car, then give up and drive away in a black sedan.

The video suggests at least a fourth person was involved, who acted as a getaway driver.

The identity of the alleged robber who died is being withheld until his family is notified. This death Oakland's 115th homicide of 2021. 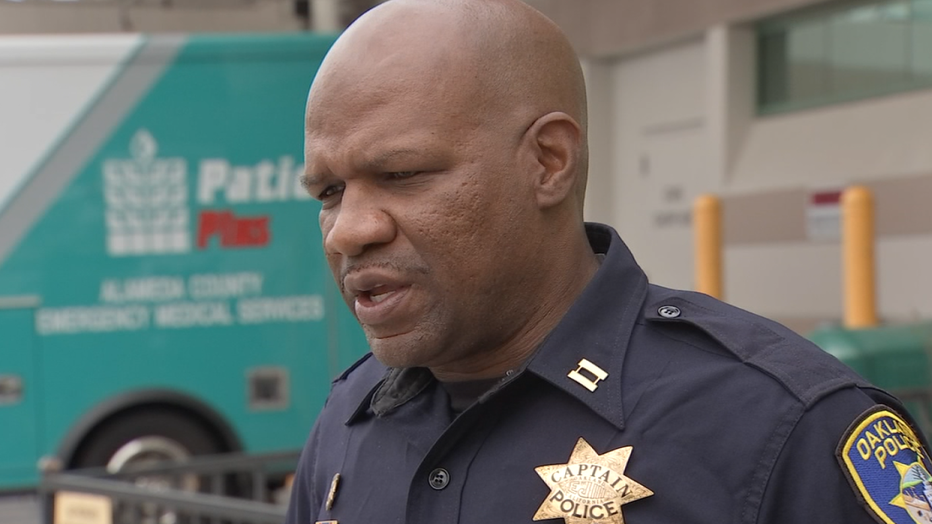 The city's ShotSpotter system alerted police to the gunfire. Officers found Joyner and the other person suffering from gunshot wounds.

Yellow evidence markers were arrayed near the gas pumps later in the afternoon when SkyFOX flew overhead.

Joyner was the former head of the police department's Ceasefire program and he also had led the homicide unit. He retired two years ago after a 28-year career. After his work in law enforcement, Joyner got into the cannabis industry and owns a cannabis company.

At an evening news conference, Police Chief LeRonne Armstrong said it was early in the investigation. He did not explicitly confirm the identity of the victim, only saying the victim is a "retired officer" who is "lawfully able to carry a firearm."

Armstrong spoke of the surveillance video that had already surfaced and was made public by various media outlets. He said the video was clear and a key part of their investigation, but that police would not be releasing the video at this time and would when it was "appropriate."

Over his career, Joyner was involved in five shootings as an officer, one of which led to an inquiry and settlement. He is married with two children.

Warning: Some viewers may find this content disturbing. The video comes from the Chevron gas station where the incident unfolded Thursday afternoon. 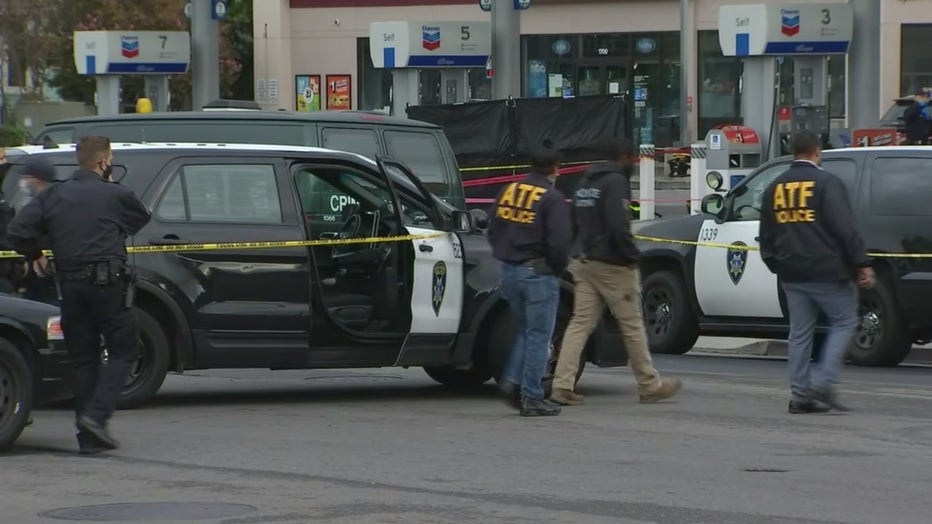 One person died and a retired Oakland police captain wounded during a gun battle at an Oakland gas station.