A group of armed men robbed a Richardson gun store Thursday, but one of them didn't get away from the scene.

RICHARDSON, Texas - A group of armed men robbed a Richardson gun store Thursday, but one of them didn't get away from the scene.

Mike Brown runs Mike's Gun Room by himself. The 77-year-old says the group of masked men first acted like shoppers and then made it clear they came to rob the place.

Brown pretended he was having heart trouble. It bought him enough time to grab a gun and shoot one of the suspects.

It’s a scenario Brown has played out inside his mind for the 26 years he’s owned a gun store, but Wednesday was the first time he says it happened.

Brown says three men came into his store at first seemed like they were shopping. Then, their actions changed. 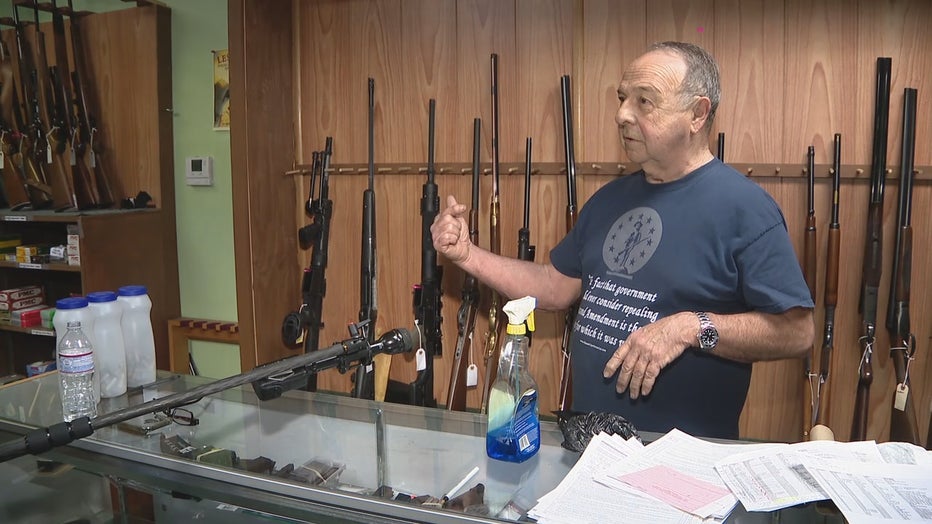 “They told me to get around behind the counter,” he said. “Get down on the floor.”

Brown says they held guns to the back of his head and then stole at least 50 weapons. The 77-year old says he faked having a heart condition in order to get his own gun.

“I’ve got a heart medication and I’ve got to get to my pills,” he said.

Brown says the men started to leave by the time he grabbed his gun, so he pointed it at the only person still inside.

Brown shot the man in the shoulder. He fell to the ground outside while his accomplices drove off. Police arrived, and he’s now in custody at a hospital.

“I would not say it’s very common during the day like the situation here,” said Sara Able with the ATF Dallas Field Division.

The ATF believes Brown was targeted since he works alone and he doesn’t have surveillance. Agents are concerned about where those guns might end up.

“They are known to end up in the hands of those who commit violent crimes,” Able said.

Richardson police are searching for at least three other people involved. They may be driving a Chevy Impala with a paper license plate.

“I’m sorry I had to shoot somebody, but — better than Plan B,” Brown said, referring to the possibility of him being shot.

The marine and Vietnam veteran who says he is used to high-pressure situations has a message for the ones who got away.

The ATF is offering a $10,000 reward for info leading to an arrest, and those with information can call their tip line: 1-888-ATF-TIPS.