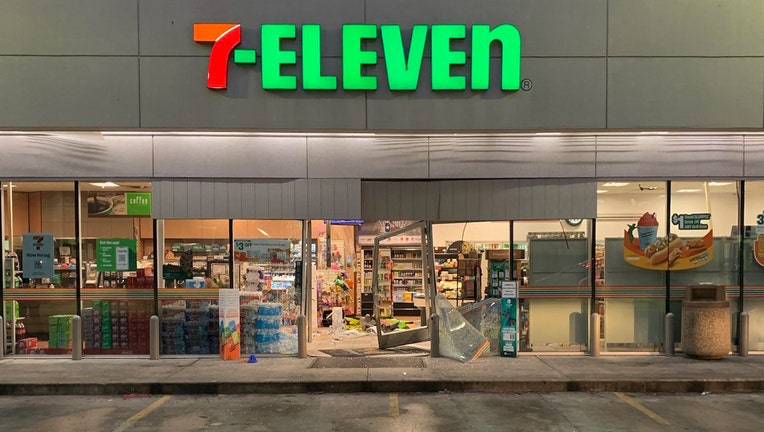 ROUND ROCK, Texas - The Round Rock Police Department is looking for the man who drove an SUV into a 7-Eleven. The man also reportedly burglarized the store as well.

A photo was posted on Twitter of the damage that was left behind at the 7-Eleven located at 2801 La Frontera Boulevard.

Police did not release a detailed description of the driver but did say he was last seen wearing a red hoodie and dark-colored pants.

The SUV the suspect was driving is believed to be a 2001-2002 Toyota Sequoia and it is missing its front bumper.