The chief lighting technician for the film "Rust" sued the movie's producers and other crew members Wednesday, including actor/producer Alec Baldwin, alleging on-set negligence that led to the fatal shooting of cinematographer Halyna Hutchins with a bullet fired by Baldwin from a prop weapon.

LOS ANGELES - The chief lighting technician for the film "Rust" sued the movie's producers and other crew members Wednesday, including actor/producer Alec Baldwin, alleging on-set negligence that led to the fatal shooting of cinematographer Halyna Hutchins with a bullet fired by Baldwin from a prop weapon.

Serge Svetnoy claims in his Los Angeles Superior Court lawsuit that the fatal shooting "was caused by the negligent acts and omissions" of the named defendants.

"Simply put, there was no reason for a live bullet to be placed in that .45 Colt revolver or to be present anywhere on the `Rust' set, and the presence of a bullet in a revolver posed a lethal threat to everyone in its vicinity," according to the lawsuit, which was submitted to the court Wednesday but had not yet been processed and filed. 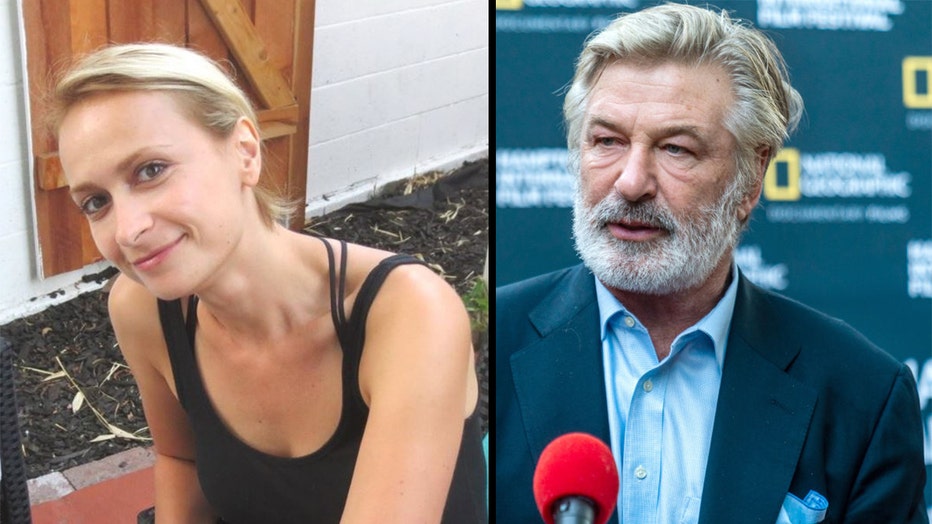 Svetnoy was among the first "Rust" crew members to publicly speak out about the Oct. 21 shooting mishap that killed the 42-year-old Hutchins while Baldwin was helping to prepare camera angles on the film's set near Santa Fe, New Mexico. The weapon, which was supposed to contain only blank rounds, discharged a lead bullet that struck Hutchins in the chest then lodged in the shoulder of director Joel Souza, 48.

Svetnoy wrote on social media days later that he witnessed the shooting and comforted the bleeding Hutchins until paramedics arrived. He immediately deemed the shooting an act of negligence, saying the armorer -- Hannah Gutierrez Reed -- and assistant director Dave Hall both failed to check the weapon before declaring it safe and passing it to Baldwin.

Baldwin is named as a defendant in the suit as a co-producer of the film, and among those responsible "for all hiring decisions" on the movie.

The suit contends that Svetnoy felt the bullet whiz by him, and gunpowder and other "residual materials" struck the right side of his face.

"Rust" producers could not be reached for immediate comment on the lawsuit. Shortly after the shooting, the company issued a statement saying, "The safety of our cast and crew is the top priority of Rust Productions and everyone associated with the company. Though we were not made aware of any official complaints concerning weapon or prop safety on set, we will be conducting an internal review of our procedures while production is shut down. We will continue to cooperate with the Santa Fe authorities in their investigation and offer mental health services to the cast and crew during this tragic time."

Hannah Gutierrez Reed said she pushed for safety meetings on the Alec Baldwin-produced film but was denied.

Various reports have surfaced since the shooting about turmoil on the set prior to Hutchins' death. A group of camera operators walked off the set in a dispute with producers, and there were prior complaints about safety concerns and reports that at least two weapon misfires had already occurred.

Attorneys for the film's armorer, Gutierrez Reed, have denied any wrongdoing on her part, even suggesting that someone had attempted to "sabotage" the production by placing live ammunition in a box containing dummy rounds. They reiterated that claim in a statement Wednesday.

"... We are asking for a full and complete investigation of all of the facts, including the live rounds themselves, how they ended up in the `dummies' box, and who put them in there," attorney Jason Bowles said. "We are convinced that this was sabotage and Hannah is being framed. We believe that the scene was tampered with as well before the police arrived."

The Santa Fe County sheriff said previously that authorities seized more than 500 rounds of ammunition from the set after the shooting, including a mix of blanks, dummy rounds and some suspected live ammunition.