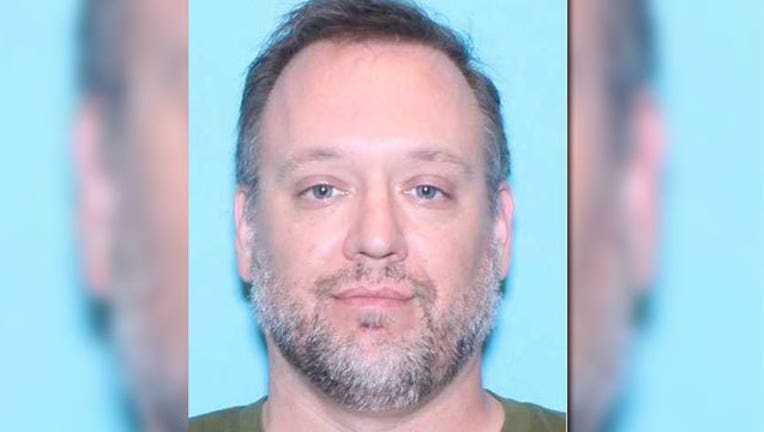 New Braunfels, Texas — The New Braunfels Police Department is seeking tips about the whereabouts of a 42-year old New Braunfels man wanted on a single charge of Indecency with a Child by Exposure.

On May 11th, 2016, a 15-year old female made an outcry that she had been sexually abused. New Braunfels Police detectives launched an investigation that included the execution of two search warrants in New Braunfels, first on the suspect’s residence at an apartment complex in the 400 block of Business 35 North. That search then led to another search warrant for a storage unit located in the 1800 block of South Walnut Avenue.

In both searches, several items of evidence were seized including electronic devices.

On May 24th, 2016, an arrest warrant was issued for 42-year old Raymond Francis Parizo Jr. of New Braunfels. Prior to that warrant being issued, Parizo had worked as a school bus driver in the Comal ISD.

It should be noted that CISD’s administration has cooperated fully with NBPD during the course of this investigation and Parizo is no longer employed by the CISD. It should be noted that, at this time, there is no evidence to suggest that Parizo had any inappropriate contact with any Comal ISD students.
Parizo is wanted on a single count of Indecency with a Child by Exposure (TPC 21.11), which is a 3rd Degree

Felony punishable, if convicted, by 2 to 10 years in prison and a fine of up to $10,000. The warrant for his arrest comes with a $125,000 bond. More charges may be pending and New Braunfels Police Detectives are urging any other potential victims to come forward by contacting Detective Richard Groff at 830-221-4167.

Anyone with information on Parizo’s whereabouts is asked to call New Braunfels Police or Comal County Crime Stoppers. Crime Stoppers is offering a reward of up to $2000 for information that leads to an arrest and/or grand jury indictment. To remain anonymous and to collect the reward, contact Crime Stoppers at 830-620-TIPS (8477), leave a tip online, or text a tip by texting ―Comal‖ plus your message to CRIMES (274637).