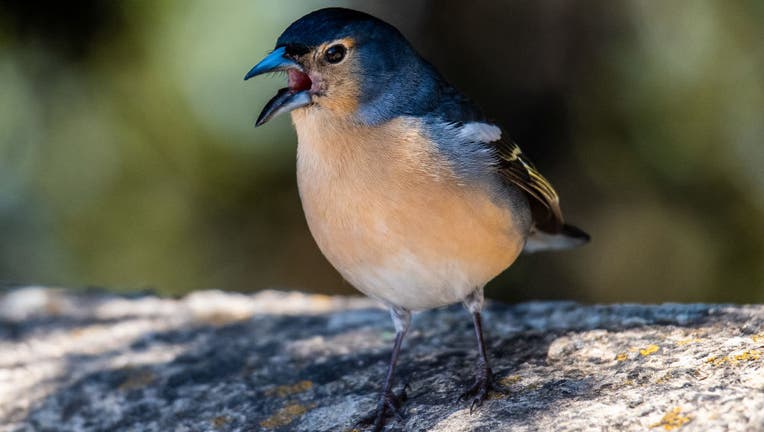 TENERIFE, SPAIN - 2022/05/20: A chaffinch chirping. The common Canary chaffinch (Fringilla coelebs ssp. canariensis), until now considered a subspecies of the peninsular chaffinch, has been reclassified as an endemic species of the islands, according

LONDON - Ever annoyed when you wake up and you hear birds chirping? A new study says that actually may be good for your mental health.

A group of scientists in London believes listening to birds could help with depression and anxiety, publishing their study in "Scientific Reports."

Researchers said they used the Urban Mind smartphone app to study the impact of hearing and seeing birds and people’s mental well-being. They studied self-reported data from more than 1,290 participants between April 2018 and October 2021.

"Everyday encounters with birdlife were associated with time-lasting improvements in mental well-being," the study’s authors noted. "These improvements were evident not only in healthy people but also in those with a diagnosis of depression, the most common mental illness across the world."

How hot is it in the South? It's so hot that birds are panting. That’s right, birds!

The results showed that participants’ mental well-being did increase whenever they were around birds.

Researchers said their study also serves another purpose. They want to advocate for the protection of the environment and wildlife. They also say visiting parks and habitats with a high degree of birdlife could help those dealing with mental health issues.

"We report significant mental health benefits of birdlife, evident not only in healthy people but also in those with a diagnosis of depression," the study continued.

The scientists said they would like to further their research to include a more diverse pool of participants that will reflect the general population.