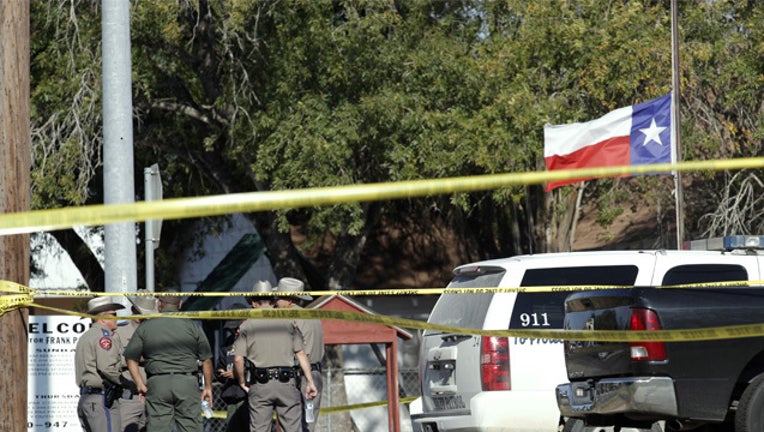 HOUSTON (AP) - Sheriff's deputies didn't pursue a sexual assault investigation against the gunman in a mass shooting at a Texas church, even though the woman reporting it signed a complaint detailing the alleged attack, according to records released Friday.

The records also contradict the reason previously given by authorities for why the case stalled against Devin Patrick Kelley, four years before the November 2017 massacre at a tiny church in Sutherland Springs, Texas.

Had Kelley been prosecuted for sexual assault, a conviction could have stopped a trail of violent allegations that culminated in the shooting.

The alleged victim contacted the Comal County sheriff's office in June 2013. By that time, Kelley had been court-martialed and removed from the Air Force on allegations that he abused his then-wife and a child. The following year, deputies were called to his home to investigate a domestic violence complaint, and he was accused of misdemeanor animal cruelty in Colorado.

Kelley shot and killed 25 people on Nov. 5, 2017 , at the First Baptist Church of Sutherland Springs. Authorities have put the official death toll at 26, because one of the victims was pregnant. Kelley died from a self-inflicted gunshot wound after being shot and chased by two residents when he was leaving the church, authorities have said.

The records released Friday include a handwritten statement from the woman who accused Kelley of sexual assault. She wrote that Kelley pinned her down in his room at his parents' home on June 15, 2013.

"He told me would hurt me when I didn't do what he said," she wrote.

The statement is dated June 18, 2013. The records also include a signed complaint agreement to press charges that included a warning that making a false statement was a crime.

Her signature is blacked out on the agreement, as are any references to her name. But the records also include a statement from Kelley's first wife, Tessa Brennaman, who said the alleged victim told her about the incident a day later, on June 16, 2013.

Brennaman also said Kelley abused her repeatedly during their marriage, including slapping and choking her, and even "water-boarded" her. Their divorce was finalized in October 2012, according to court records.

But the released records also include Comal County detective Chris Garza's timeline of the case that says he left three voicemails for the alleged victim between July 2013 and September 2013. The records don't indicate whether he tried to visit her in person.

In an Oct. 7, 2013, letter, Garza told the victim that she had not returned his messages and that he needed her cooperation. "I cannot proceed without your help," Garza wrote.

According to Garza's timeline, the case was "inactivated pending contact from the victim." The Comal County district attorney's office has said no case was filed with prosecutors.

Comal County Sheriff Mark Reynolds told The Associated Press two days after the church shooting that the sexual assault investigation "seems to have tapered off" because Kelley moved from Texas to Colorado.

Reached on Friday, Reynolds said he didn't immediately have more information about the investigation. He did not respond to follow-up questions sent by email. Garza did not return a phone message. Phone numbers listed for Kelley's parents were out of service.

The Air Force has also said it failed to report Kelley's court-martial - and the resulting sentence of 12 months' confinement - to the FBI, which keeps criminal history records in databases used to conduct background checks of gun buyers.