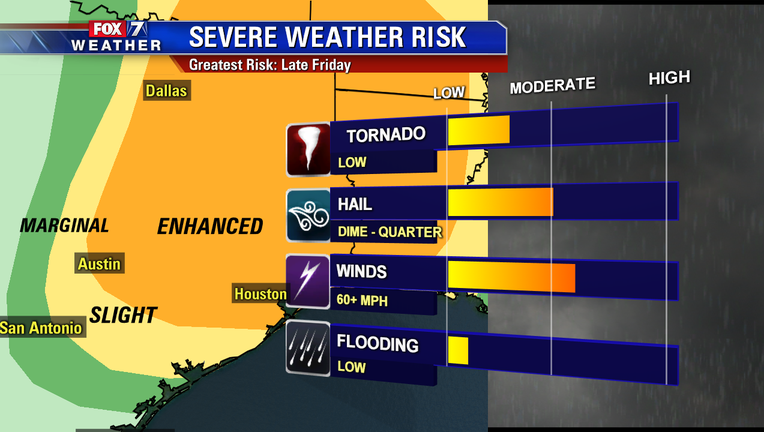 It may be well into winter, but a potential large-scale severe weather outbreak is expected to put millions of people at risk for severe storms and tornadoes across the Deep South later this week.

An enhanced threat of severe storms with damaging winds is possible Friday in parts of Texas, Oklahoma, Arkansas, and Louisiana, where more than nine million people live, according to the NWS' Storm Prediction Center.

The "volatile weather pattern" will also bring the threat of supercell thunderstorms across parts of eastern Texas into Louisiana, the SPC said.

Heavy rain, possible flooding, strong winds, hail, and tornadoes will be "likely for a widespread area," according to Dean.

In addition to the severe weather threat, the cold front moving east will bring the possibility of heavy rains. Many streams already are at or near flood levels because of earlier storms.

By Saturday, the threat moves east with the potential bullseye for severe storms covering millions of people across much of Mississippi and Alabama, in addition to eastern Louisiana and the Florida Panhandle. Storms could also reach as far north as the Ohio Valley.

The NWS's Birmingham office warned in a briefing on the upcoming weather that winds of up to 70 mph are possible in parts of Alabama on Saturday.

"As it stands, a significant severe weather event appears likely beginning as early as 9 AM in our western counties," forecasters said.

As the storm system moves east, snow is forecast to fall behind the system as cooler air is pulled southward. 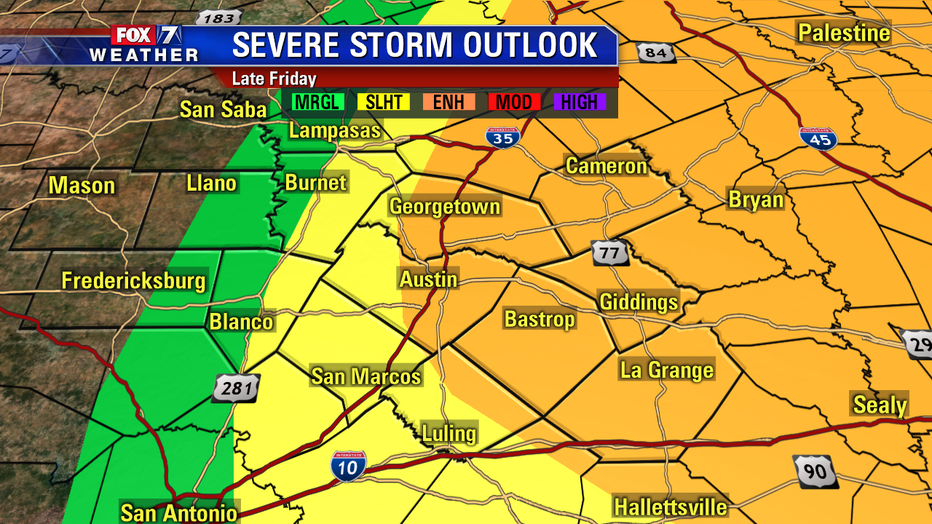 "Stay aware of your local forecasts in the coming days and be prepared," Dean said Wednesday.