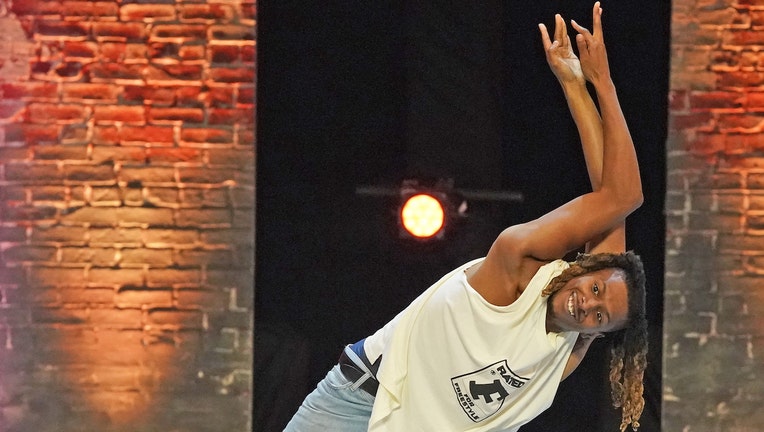 Chicago - Welcome back to "So You Think You Can Dance" recaps! In "Auditions Show 2," we get — you guessed it — more auditions, including the world’s coolest couple, a ballroom dancer who always finds her camera, an Indiana football player with Patrick Swayze vibes and a young woman who is, quite literally, a lifesaver. Miss the premiere? You can read our recap and watch On Demand, on FOXNow and streaming on Hulu.

Great news — dance is still back!

There’s some reality show trickery at work in "Auditions Show 2." Judges Stephen "tWitch" Boss, "The Masked Singer"alumnus JoJo Siwa and "Glee" star Matthew Morrison may banter about how excited they are for day two of auditions, but they’re all wearing the exact same clothes as last week — a handy trick that means producers can shuffle dancers around for maximum impact, regardless of when they auditioned. So it’s less day two and more "day" "two," if you know what I mean.

Keep that in mind when we get to the stone-cold montage of "no" later in this episode.

But the great thing about "So You Think You Can Dance" is that when it comes to the dancers, there’s no trickery involved. It’s just bodies in space with a soul (and a gripping backstory) tucked inside, standing in the spotlight. And like all the best episodes of this series, "Auditions Show 2" features several dancers with moves to bend the mind and stories to win the heart.

WATCH FREE ON TUBI: JoJo Siwa gets her start as a star in "Dance Moms"

Who soared? Who stumbled? Who is one-half of the dance world’s new favorite power couple? Let’s get to it!

"So You Think You Can Dance": James & Brianna 4-ever

If you’re reading this recap but haven’t watched the show — hi, welcome! Go meet James and Brianna on Hulu right now. Your trusty recapper feverishly scribbled things like "Oh my god I love them" and "So cute" and "Ack my heart" over and over again even before this dream team’s first auditioning dancer took the stage.

James, a.k.a. Lord Finn, is a freestyle hip-hop dancer from Los Angeles by way of Chicago. (Chicagoans are incapable of stopping themselves from telling you they’re from Chicago; I can say that because I too am from Chicago.) He was a contestant on season 11 of "SYTYCD," but he was dealing with an injury and was eliminated in the choreography round. But he’s not here to prove he’s still got it — or at least, not only for that reason.

Instead, in an intro package that surely prompted an epidemic of heart-eyes emojis from coast to coast, James tells us that his primary goal in signing up was to get his girlfriend Brianna, also a freestyler, to audition. That may sound like a manufactured line, but reader, I believe him! I believe in their love! I want to see their dance-battle meet-cute adapted for a big-screen rom-com starring James a.k.a. Lord Finn and Brianna as themselves!

WATCH FREE ON TUBI: Teen rom-com classic "10 Things I Hate About You"

These two audition individually. James dances first, because he "wanted to set the tone for her." Swoon.

Also swoon-worthy? The man’s dancing skills. This episode offers another terrific group of dancers, but he might be the best of the night, bending in ways the human body shouldn’t bend and executing a cool clock-winding move that makes tWitch jump out of his seat. After he finishes, a stunned Siwa asks him if he sees a chiropractor because "my dad’s one, I’ll give you his number." It’s quite something.

"You said this was bone-breaking, but you don’t have any bones," Morrison tells him. He gets his "yes" votes, of course, then runs off-stage to continue being an even better boyfriend than he is a dancer. 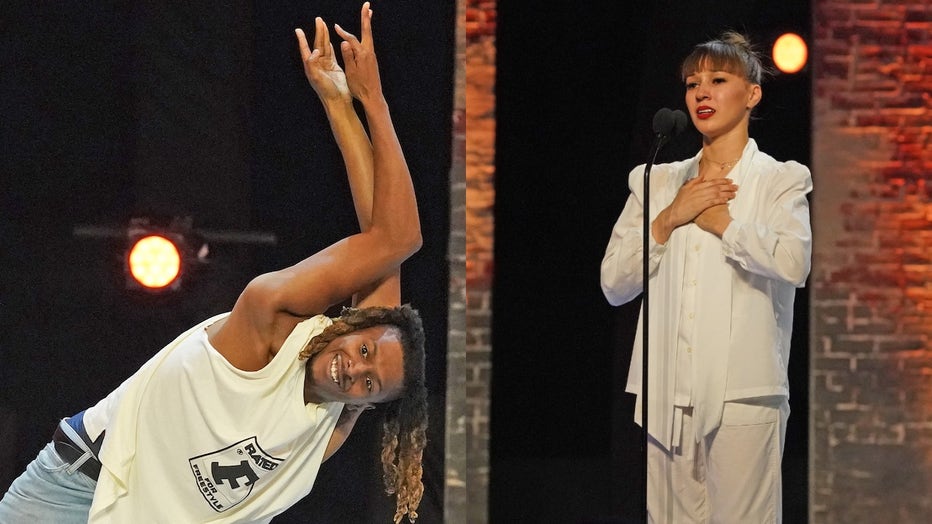 After a commercial break, we get to see Brianna’s audition, which follows another excellent pep talk from James. And guess what, y’all: She’s also great. These people are intimidatingly cool and I love them. The highlight of Brianna’s clever, precise routine is the final breakdown, which gets an enormous whoop from the audience. Brianna moves on to the choreography round. Cannot wait to see more of these two.

"So You Think You Can Dance": The football player, the camera queen, the Broadway baby and a montage of "yes" 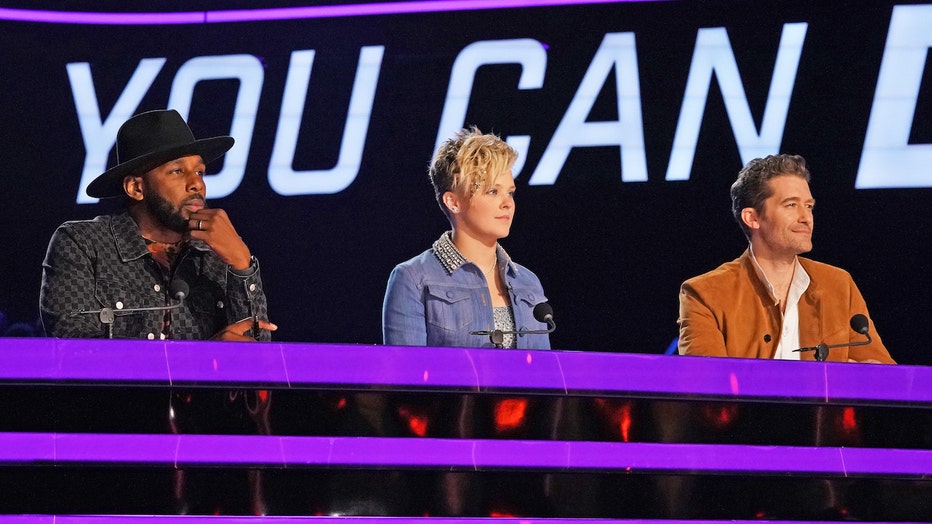 Next up is a lightning round of "yes" votes. We meet Jordan, a contemporary dancer from Illinois with a lot of power; Shafar, who has apparently been practicing his flip-while-keeping-his-head-completely-connected-to-the-ground skills in Coram, NY; and Carter, a spirited ballroom dancer from Utah. All three move on to choreo week.

And now for something completely different:

In Keaton’s intro package, we see a glimpse of his life in Indiana, where he played football and did a little dancing on the side at his mom’s dance studio. Have you ever seen "Footloose"?

Take away the cigarette, the beer bottle, the anger and the flashes of John Lithgow, and that’s what Keaton’s serving (though tWitch says it’s more Patrick Swayze than Kevin Bacon). This guy can move. It’s athletic, passionate and graceful. There’s one little off-note where he sort of... ghost-dances with an invisible partner? But other than that, 10/10, no notes. He gets his "yes" votes, obviously. 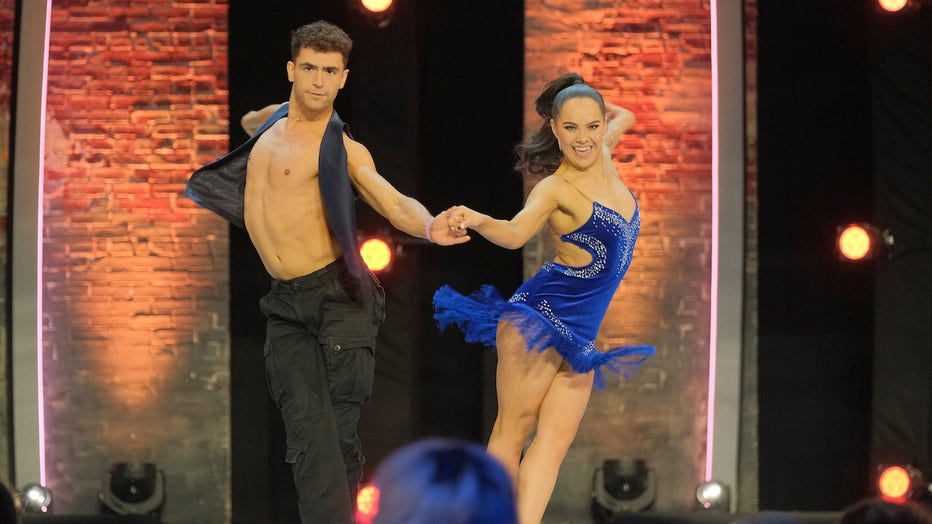 Next up is Alexis, another ballroom dancer from Utah, whose partner (only emerging about halfway through her killer audition) is Ezra Sosa, a finalist from season 16. Like any good partner, he’s great at helping his cohort shine, though it must be said that she doesn’t need much help in that department.

Before he even walks on stage, she’s busted out a side aerial cartwheel in heels, which elicits a full-on shout from Siwa. Just look at this!

And she’s got star power, too. Here’s how tWitch puts it as he describes something that "the really dope ballroom dancers" can all do:

"You literally just did a windmill over somebody’s body and came down as was like, [snapping his head to the side] ‘camera!’"

She moves on to the choreography round, obviously. So does Beau, a musical theater dancer from rural Georgia now living his best life in NYC. Beau wins this recapper over from the moment he enters in his romper and heels, and he wins the judges over with his terrific storytelling:

"So You Think You Can Dance": Justice for Jermaine and a montage of "no"

Jermaine, a 7th grade English teacher from Sodus, NY, is a Krump dancer with a heart of gold, and the only way I will accept his dismissal is if he gets a slot on the show next year. This guy rules.

To be fair, the notes he gets from the judges are all reasonable — they point out that his routine starts off with a ton of energy but gradually loses steam, and that’s true. But who cares? Come on, look at this guy!

Jermaine does, at least, get some praise from season 16 winner Bailey "Bailrok" Munoz and the thanks of the judges, who note that his students are lucky to have him. Hey FOX, how about an all-teachers season of "SYTYCD"? Teachers deserve the world. Justice for Jermaine!

WATCH FREE ON TUBI: Celebs anonymously hoof it in "The Masked Dancer"

After the coolest English teacher on the planet walks offstage, we get a montage of "no" featuring spirited hip-hop dancer Ohiole from Baltimore ("you’ll see me next season!" he tells the camera), jazz dancers Camryn (St. Louis) and Austin (Orlando) and ballerina Alyssa Marie from California. They’re all great. Audition again, y’all!

"So You Think You Can Dance": So I think I can cry

The episode ends with Zyiasia, a dancer from Springfield, MA. She’s also an E.M.T., E.R. patient care technician, a member of the Massachusetts Air National Guard, a full-time pre-med student and a young woman who lived through a tragedy no one should have to endure. It’s been a rough week in the news, so I won’t go into details here — watch the episode for the full, heartwrenching story — but suffice it to say her career choices were all made so that she could prevent other kids from having to live out her loss.

And that passion, grief and drive all come through in her dazzling audition.

After Zyiasia gets her three "yes" votes, she walks off stage and promptly sobs with Cat Deeley, as one does. Another great dancer in another great episode of what’s shaping up to be a top-notch season.

See you next week for, you guessed it, more auditions! Will JoJo, tWitch and Matthew change clothes? No, no they will not. But I will, and you should too.

"So You Think You Can Dance" airs Wednesdays on FOX. The first two episodes are also currently available to stream on Hulu. Recaps run weekly, and you can read them all below.

DeGeneres and guests Jennifer Aniston, Billie Eilish and Pink shared memories and affection as 'The Ellen DeGeneres Show' concluded its Emmy-winning run that began in September 2003.