The restrictions, previously blocked by federal courts, took effect shortly after the U.S. Supreme Court overturned Roe v. Wade. With federal abortion protections gone, Planned Parenthood South Atlantic sued under the state constitution's privacy protections. For the time being, abortion is once again legal from 20 weeks of pregnancy in the state.

"At this preliminary stage, we are unable to determine with finality the constitutionality of the Act under our state’s constitutional prohibition against unreasonable invasions of privacy," the Court wrote in its order granting a preliminary injunction.

Meanwhile, the South Carolina Senate had just started taking its first steps toward further abortion restrictions. The Medical Affairs Committee listened to invited testimony and public comment Wednesday as they consider language for another abortion bill. On Tuesday, the South Carolina House Judiciary Committee advanced a near-total abortion ban with no exceptions for pregnancies caused by rape or incest.

In a statement posted on Twitter, Jenny Black, the President of Planned Parenthood South Atlantic, said the fight was "far from over."

"We applaud the court’s decision to protect the people of South Carolina from this cruel law that interferes with a person’s private medical decision," Black said. "For more than six weeks, patients have been forced to travel hundreds of miles for an abortion or suffer the life-altering consequences of forced pregnancy." 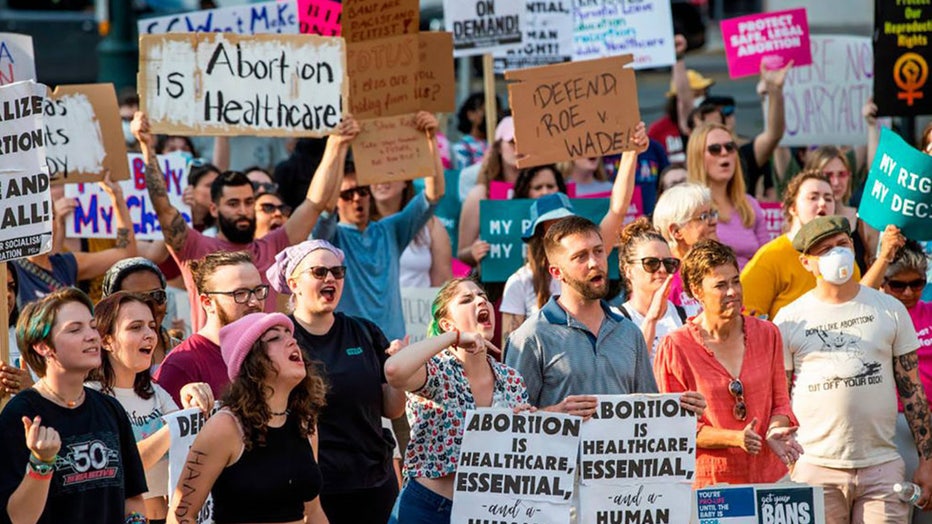 FILE - Protesters show their support for legal abortion at the South Carolina Statehouse in Columbia on May 2, 2022. (Joshua Boucher/The State/Tribune News Service via Getty Images)

Speaker of the House Murrell Smith said on Twitter that he was extremely disappointed in the decision, but remained confident the measure would ultimately hold up.

"The law is the overwhelming will of the South Carolina Legislature, and therefore a reflection of the will of the people of this state," Smith said.

The justices noted that the legislature held authority to make public policy decisions within the restraints of the U.S. and South Carolina constitutions. On the Senate side, committee members emphasized they were not considering any specific measures at the moment.

The state’s recently implemented and now blocked six-week abortion ban loomed large in Wednesday’s deliberations. Abortion opponents said it had not gone far enough. Supporters of abortion access said its effects showed any new restrictions would be even more harmful.

Several doctors invited to speak by Democratic Sen. Brad Hutto outlined the ways the six-week ban had made their jobs more difficult.

Since the act took effect, doctors reported an inability to treat miscarriages because pharmacies had stopped carrying necessary medications in case doing so might be illegal. Lawyers were unwilling to advise them in case their comments might run afoul of the law. Some patients were scared to divulge their full menstrual history out of fear it may be used against them.

"It’s cruel and it’s creating stress and delays in what is already a tragic situation," said Dr. Amy Crockett, a physician with board certification in obstetrics and gynecology.

Outside of the State House, about 50 demonstrators with Planned Parenthood gathered under a tent for a watch party. Protesters ate pizza and organizers provided snacks to those coming in and out of the committee meeting. As news of the court's decision spread, they celebrated with hugs and high fives.

The hearing came also about two months after the Supreme Court opened the door for measures previously considered not politically feasible by leading drafters of the upper chamber’s abortion bill.

During January 2021 debates over the "Fetal Heartbeat" Act, Republican Sen. Larry Grooms said that proposal posed "the greatest chance for life for unborn children." Grooms said then that exceptions in cases of rape or incest would be necessary to garner enough support for the measure’s passage.