SAN MARCOS, Texas - When SpaceX-21 launches for NASA, Texas State University says one of its experiments that could have a lasting impact on spaceflight systems safety will be a part of the mission payload.

The experiment will study the effect of spaceflight on the formation of multi-species, biofilm-forming bacterial communities, their ability to corrode stainless steel surfaces like those on the space station's water system, and the effectiveness of disinfectants to clear these biofilms. 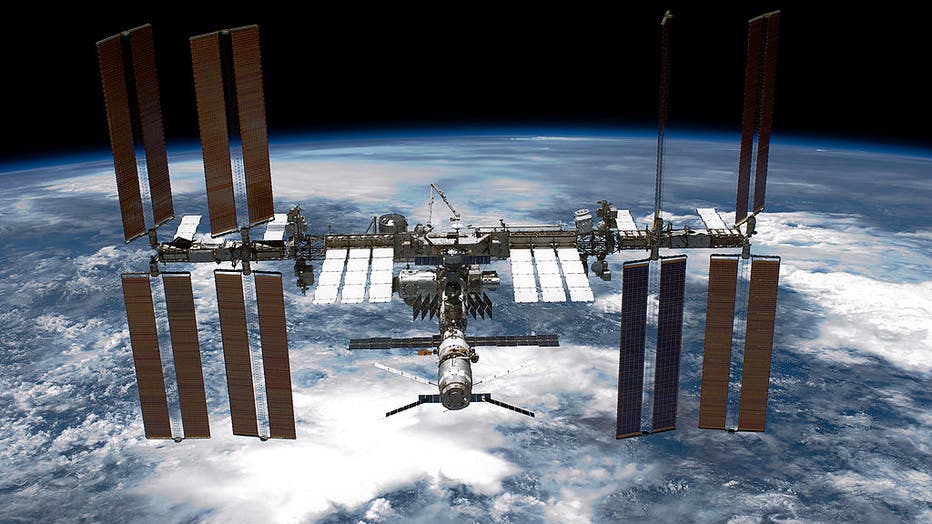 In this handout provided by National Aeronautics and Space Administration (NASA), back dropped by planet Earth the International Space Station (ISS) is seen from NASA space shuttle Endeavour.

The behavior of microorganisms in microgravity is poorly understood, McLean explained, and an experiment of his flown on the space shuttle in 1998 provided the first evidence that biofilms could even form in microgravity conditions. Aboard the International Space Station, bacterial colonies form biofilms in filtration systems resistant to disinfectants.

Common examples of biofilm on Earth include plaque that forms on teeth and slime that grows on river rocks. Unchecked, these biofilms can lead to clogs and, potentially, corrosion in critical systems.

The mission is expected to last approximately 35 days onboard the space station and a simultaneous ground control will also be performed so that the experimental results can be accurately compared. After the return of the samples, McLean's study will use next-generation RNA sequencing technology to help identify which bacterial genes are involved in biofilm growth and corrosion of stainless-steel surfaces in microgravity as well as full gravity conditions, says Texas State. Light and electron microscopy will also be used to characterize biofilm structures, the distribution of the two bacteria in biofilms, and any corrosion.

Texas State says biofilm formation is also an important characteristic in the infectious disease process of microorganisms. Accordingly, the inability to control microbial biofilms during spaceflight can result in damage to life support systems and poses a serious health risk to astronauts.

Findings will help to improve NASA's understanding of multi-species biofilm formation on life support systems and their efficacious treatment both in microgravity and on Earth. This will allow researchers to continue to develop mitigation strategies and countermeasures for the health risks that humans face in space and on Earth.