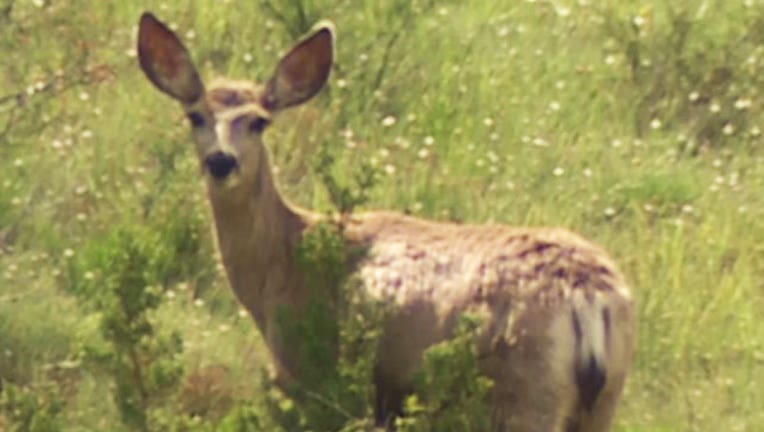 All white tail deer in the state of Texas, owned by breeders and ranchers, remain on lock down. State officials issued that order after the first case of "Chronic Wasting Disease" was detected at a facility in Medina County. Texas Parks and Wildlife commissioners authorized a statewide containment plan.

Deer roaming local neighborhoods and in rural areas are not directly targeted by the new containment plan. Thursday - breeders and ranchers - who are affected packed into a special meeting of Texas Parks and Wildlife Commission urging caution.

"Don’t let any cure do more harm than the disease,” said Chase Clark with the Texas Deer Association.

The meeting was called after a two year old deer in a Medina County tested positive for Chronic Wasting Disease. The symptoms are like Mad Cow Disease - affecting the brain, causing behavioral changes. Many of those at meeting were worried the state would order a mass kill off.

During the hearing state inspectors presented a map - which identified 30 sites where the sick deer may have come from. They're currently on lock down. Its estimated as many as 835 deer could have been exposed to the illness while at the Medina County facility. Those deer have been tracked to 147 properties. Another map indicated most were shipped to ranches in the Hill Country and West Texas. But some have also been found in East Texas.

The Commission decided the Containment Plan should involve an intense level of testing. The focus will be on the herd identified as high rick, those that have a direct link to the facility where the sick deer was found. Deer that never came in contact with the illness must also go through an assessment before they can be cleared. That's a concern- because breeders ship thousands of deer during the month of August to restock areas for the fall hunting season.

"It would help, that would be a step forward, I mean you've got to start somewhere and that’s a good place to start,” said Kerrville breeder Anthony Matone.

Deer hunting in Texas has a $2-billion economic impact. Parks and Wildlife Executive Director Carter Smith says they'll move fast but could not say how fast.

"It’s critically important to the health of our rural communities around the state and we are going to actively support that anyway we can,” said Smith.

State officials say there is no evidence the disease is a risk to humans - or to other animals.  As a precaution it’s recommended not to eat meat from an infected deer.

While this is the first case of Chronic Wasting Disease in white tail deer. The disease itself was first detected in Texas in free ranging mule deer. That happened back in 2012 in far West Texas.