Gonzales is charged with capital murder after authorities say he opened fire at a crowded party late Saturday night and killed two people and injured 12 others.

GREENVILLE, Texas - A suspect has been arrested for this weekend’s deadly shooting in Hunt County at a homecoming party.

Hunt County Sheriff Randy Meeks announced that 23-year-old Brandon Ray Gonzalez, of Greenville, was arrested Monday at an auto dealership where he works as a mechanic.

Gonzales is charged with capital murder after authorities say he opened fire at a crowded party late Saturday night and killed two people and injured 12 others.

Investigators believe Gonzales was only targeting one person at the party, and it’s unknown why he shot others. According to the arrest affidavit, one witness said the shooting followed a game of dice in one of the party venue's restrooms. About 15 seconds after he left the restroom, witnesses say he pulled out a handgun from his waist and began shooting. 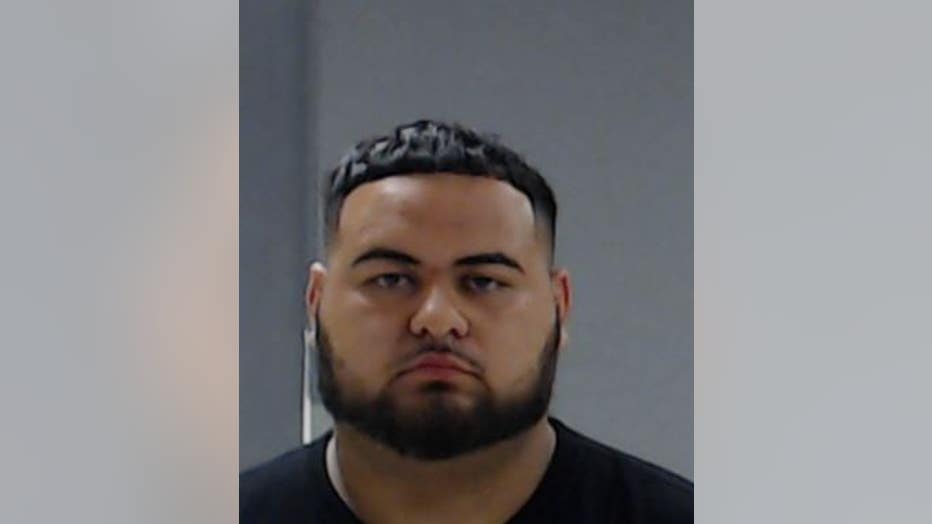 Sheriff Meeks says deputies and the Texas Rangers kept pushing and pushing. Overnight, he says a credible witness came forward through an attorney. The witness was not named for safety reasons.

According to the arrest affidavit, the witness identified Gonzales through his Facebook page, “FML Jefe.” The affidavit states that the witness saw him in the restroom “playing dice with a large group of patrons around 11:30.”

About 15 seconds or less after Gonzales left the restroom, the witness says he pulled a handgun from his waist and began shooting. “It appeared that Gonzales was intending to kill because he pointed his gun at people’s heads.”

The affidavit goes on to state that Gonzales posted on Facebook minutes after the shooting. It states that he was tagged in that said “FML Jefe, At this point can’t nobody say sh** to me about this ni*** on god real solid fr [muscle emoji] Get all my respect! Fu** anybody else.” He replied, “100 100 preciate that bro that just how I rock if I fw anybody.”

“Now, we are looking for more evidence. When you take a scene like this with that many people there, there’s a lot of evidence to collect," the sheriff said. "We’ve collected quite a bit, but we’re still following leads. We're still running search warrants for other evidence that we might need to have in this case. “

However, Gonzales' brother, Gabriel, says he denies his involvement.

"We are employed by the same employer. They went and got him, I was also picked up just for questioning," Gabriel said. "When they told me what it was for, it’s kind of unbelievable because that’s not him that’s not him at all."

Zach Bowen says he was with Gonzales before the party but did not see him when shots were fired because it was pitch black and chaotic.

“Everybody fell to the ground,” Bowen said. “And then after that, everybody started bum rushing out the door.”

The sheriff says the motive is unknown.

“We believe one person was targeted,” Meeks said. “And for some reason unknown to us, he started shooting other folks.”

The party was a non-sanctioned Texas A&M-Commerce homecoming party at a facility in Greenville called The Party Venue, with possibly more than 750 people in attendance. One person remains in critical condition. 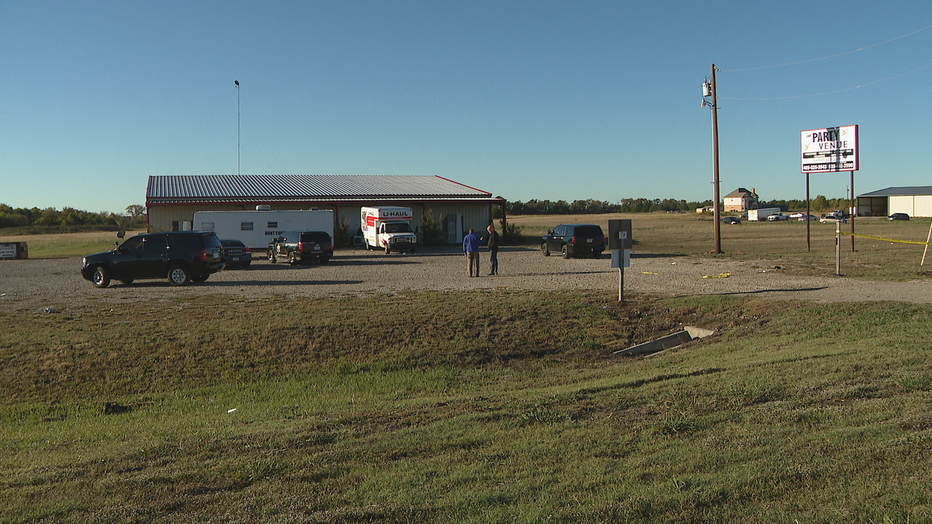 During a vigil in Dallas for the victims Sunday night, gunfire sent the crowd running. No one was hurt, but a news van was hit by bullets. After a brief chase, officers arrested 21-year-old Patrick Lovely. He is charged with evading arrest and a weapons violation, but police are not sure if he was the actual shooter. Investigators say that gunfire was not connected to the original Greenville shooting.

READ MORE: Arrest made after shooting at Dallas vigil for Greenville shooting victim

Gonzales is in the Hunt County Jail and is being held on a $1 million bond. The sheriff says he is believed to be the only shooter. They have yet to recover a weapon.

Authorities have identified the two victims as 23-year-old Kevin Barry Jr. of Dallas and 23-year-old Byron Craven Jr. of Arlington.

READ MORE: Victim killed in shooting at homecoming party near Greenville identified as 23-year-old father of 2

Byron Craven Jr. lost his life celebrating it. Saturday was his twenty-third birthday. His parents say he was a young man whose life was on the right track only to be derailed by a shooter he didn't even know.

Byron and Brandise Craven are crushed at the death of their son, Byron Jr.

“She had to get somebody else to call me because she couldn’t tell me my son was dead on his birthday,” Brandise said.

Byron Craven Jr. lost his life celebrating it. Saturday was his twenty-third birthday. His parents say he was a young man whose life was on the right track only to be derailed by a shooter he didn't even know.

Snapchat video shows Byron Jr. and his cousin heading to what was supposed to be a happy time that turned to heartbreak on his twenty-third birthday.

“He just wanted to spend a little time and enjoy himself for his birthday. He has never been to a homecoming,” Bryon Sr. said. “His cousin graduated from Texas A&M-Commerce so he wanted to experience what a homecoming would be like.”

A video at the party was posted to Snapchat showing the moments before bullets blasted.

“He was standing there having fun, and she told him she was fixing to go to the bathroom,” Brandise said. “She says when she got in there, she heard the gunfire and everybody took off. She tried to go back to find him, and she couldn’t. Then she looked through the window and she seen my son on the ground. She couldn’t do nothing. She couldn’t help him. She couldn’t get to him.”

Through their pain, Byron Jr.’s parents share their pride for the life their son lived.

“That’s all we asked was just to have a genuine heart and just do your best, and that’s what he was doing. And then all of a sudden he gets his life taken away for just trying to have a good time, trying to have a little bit of good time for himself that he worked so hard for. And somebody comes and takes that away from him, it just isn’t fair. It isn’t right.”

Byron Sr. says he is relieved someone is now in custody for his son’s murder. He says Bryon Jr.’s funeral arrangements are pending.