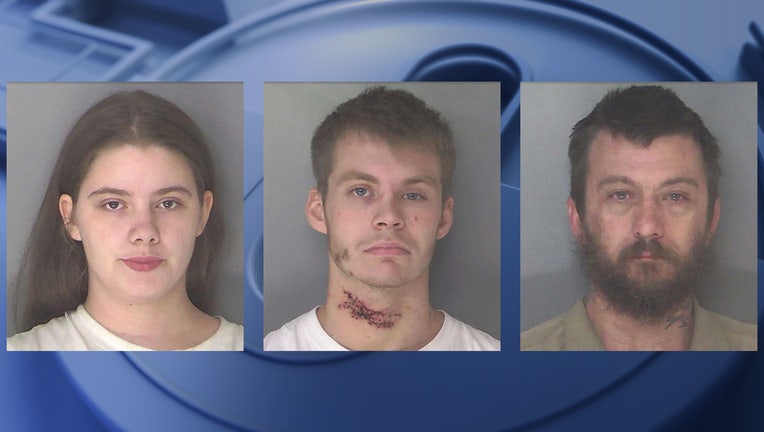 Elizabeth Allen, Marshall Felming and Daniel Gillstrap for the murder of Stiles Stilley.

DOUGLAS COUNTY, Ga. - The Douglas County Sheriff's Office said deputies arrested three suspects for the murder of someone left dead in a home, bound with duct tape for days.

Law enforcement found Stilley dead inside a home on Sept. 18 on East County Line Road. Investigators said Stilley had been dead for a couple of days before they were found.

It took about two weeks for investigators to interview suspects and review evidence to develop cause to charge the three suspects.

"Three individuals, Elizabeth Allen, Marshall Fleming and Daniel Gillstrap, have been arrested due to the hard work of OUR investigators," a sheriff's office news release said.