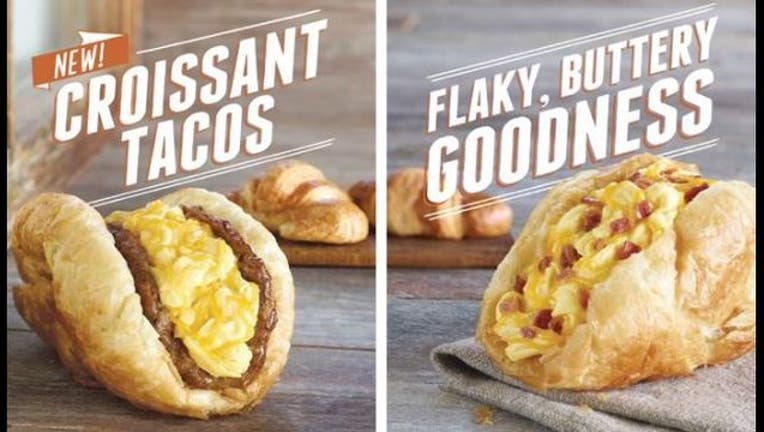 Taco Bell has already turned a biscuit and a waffle into a taco. Now, another breakfast pastry has been co-opted into the chain’s growing lineup of breakfast offerings—the croissant.

The new Croissant Taco looks like a thinner version of the traditional, flaky pastry folded in half. It comes filled with sausage, egg and cheese or bacon, egg and cheese. A Reddit post from April shows that the chain has already been trying these out in at least one market and, according to Brand Eating, the folded up croissant is currently being tested in Ohio.

The social media sphere already seems to be on board with the new offering.

The chain has not announced a national rollout but it better hurry up if it wants to keep pace with McDonald’s and a Burger King in the latest round of fast food breakfast battles. Maybe Taco Bell should consider  French Toast and Cronut tacos, too.