A grand opening event is being held to celebrate Tesla's new Gigafactory. FOX 7 Austin's Kelly Saberi has the details.

The event will be held on Thursday, April 7 from 4 p.m. to midnight at the new manufacturing facility, which is about 5 miles east of downtown Austin on Harold Green Road. It will reportedly feature interactive tours, food and live entertainment.

The permit for a fireworks show at the event is "conditional," depending on the weather at the time, says FOX Business.

"Let's cancel the firework show if we need to," Commissioner Ann Howard told Callaway last month, noting that some residents who live nearby have voiced concerns about the fireworks show. "More power to you and your decision, and we've got your back if you need to pull the plug at the last minute."

Del Valle ISD announced earlier this week the school district will be releasing its students earlier than usual on Thursday, April 7 due to the grand opening celebration of the new Tesla gigafactory in Del Valle.

The additional traffic for the event will begin to increase around the time the district starts to dismiss its elementary school students, according to the local school district. The district is anticipating the additional traffic may delay elementary bus routes, which will then create delays for the middle schools, Del Valle High School, the Del Valle Opportunity Center and the DAEP.

Del Valle ISD says it will continue to keep parents informed through the district’s social media apps and text messages from SmartTag regarding this early dismissal schedule. Parents can also contact their child's school with any questions. 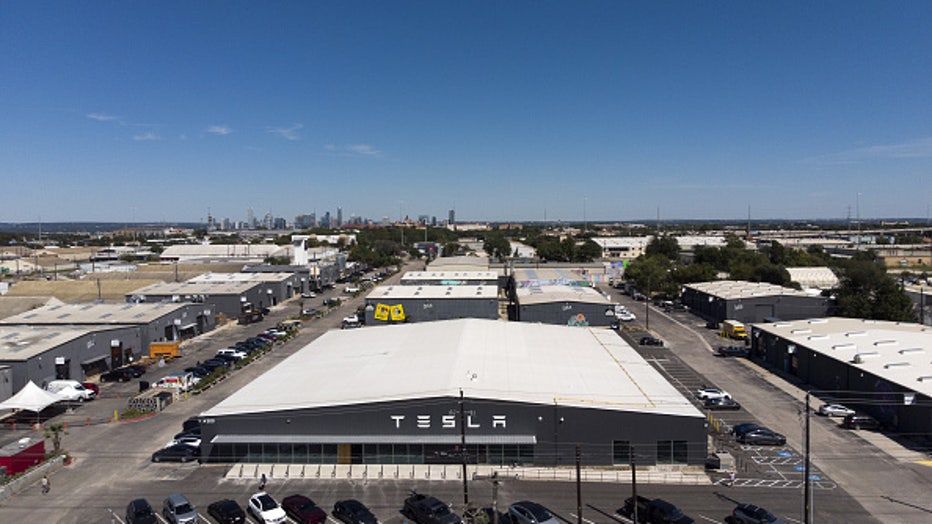 The new Tesla South Austin showroom within the Yard development in Austin, Texas, U.S., on Saturday, Oct. 16, 2021. From a sprawling factory outside Austin to a property-buying binge on the Gulf Coast, Elon Musk is making an imprint in a state that h

FOX Business contributed to this article