HOUSTON - Texas is preparing to execute Carl Buntion on Thursday evening for the 1990 murder of a Houston police officer. At 78, he would be the oldest prisoner executed in the state in the modern era of the death penalty.

His lawyers have argued his age, as well as his decades of good behavior on death row, should spare him from lethal injection. Courts have so far rejected Buntion’s pleas, though a final decision has yet to come down from the U.S. Supreme Court, which is expected Thursday.

"Having lived under a sentence of death for over three decades in a state which keeps its death-row prisoners in solitary confinement, Buntion has been punished to a degree exceeding that inflicted on anyone else outside of a very small number of death-row prisoners," wrote death row attorneys David Dow and Jeff Newberry in a court briefing this month.

"No legitimate purpose for the death penalty would be served by carrying out his execution," the lawyers added. 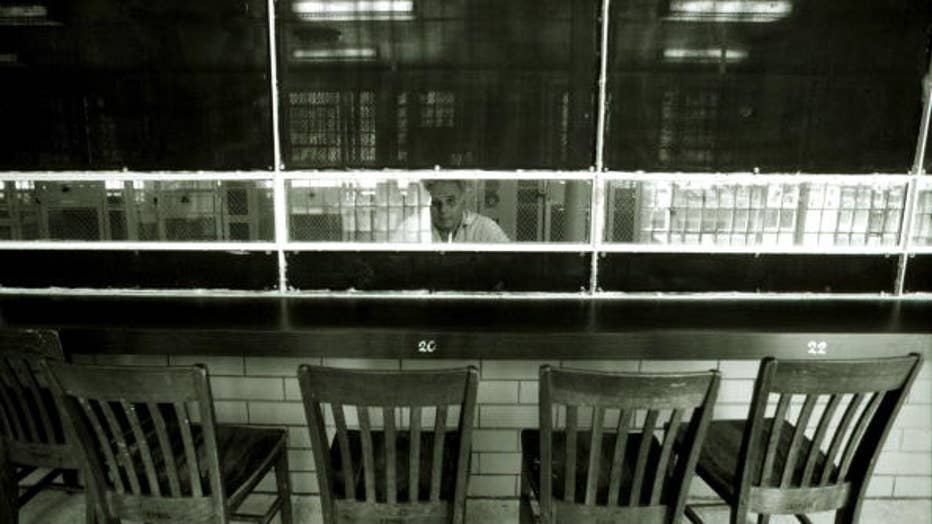 Texas Death Row inmate Carl Buntion sits in the visitor area of Ellis Unit at Huntsville Prison April 12, 1997 in Huntsville, Texas. Buntion has a wife and two children in Houston. About 450 prisoners are on death row in Texas, which executes more pr

Nearly 32 years ago, Buntion fatally shot Houston police officer James Irby during a traffic stop, according to court records. While Irby was talking to the driver, Buntion, who at 46 had a history of drug-related and violent felonies, got out of the passenger side and shot the officer once in the forehead and twice more in the back when Irby fell to the ground. Prison records say there was heroin in the trunk of the car.

While fleeing the scene, Buntion shot at a driver in a carjacking attempt, fired at another officer and held another person at gunpoint before he was arrested, the court records state.

In 1991, he was convicted of capital murder and sentenced to death. But his execution was held off by prolonged legal fights over how juries should be instructed to weigh mitigating evidence, like mental illness or a troubled childhood, when considering the death penalty.

When Buntion was a child, his father killed a man in front of Buntion’s brother, knocked out their mother’s teeth, broke his and his brother’s bones and came home drunk one night forcing everyone out of the house because he had lost it in a card game, the prisoner’s brother later testified. Buntion’s twin was shot and killed by police when he was in his 20s, said the brother, who himself spent about two decades in prison.

The year before Buntion killed Irby, the U.S. Supreme Court found Texas’ death sentencing procedures unconstitutional for failing to instruct juries in the punishment phase of the trial — after finding someone guilty of capital murder — to consider whether mitigating evidence warrants a life sentence over the death penalty. Texas jurors deciding on punishment were instead asked to answer only whether the murder was intentional and if the convict would be a future danger to society.

Buntion’s trial lawyers sought to add a mitigation instruction to his jury based on the high court’s ruling, according to court briefings, but the trial judge declined. Instead, the judge told jurors to consider mitigating evidence and, if they believed a life sentence was more appropriate, to answer no to one of the two standard questions, essentially nullifying a death sentence.

In multiple rulings over nearly the next 20 years, the Supreme Court would specify that this nullification did not pass constitutional muster, stating that juries needed to be separately instructed to weigh mitigating evidence when considering a death sentence. In 2009, that led the Texas Court of Criminal Appeals to grant Buntion a new punishment hearing, in which a new jury would decide whether to give him a sentence of life or death. His capital murder conviction was not affected. 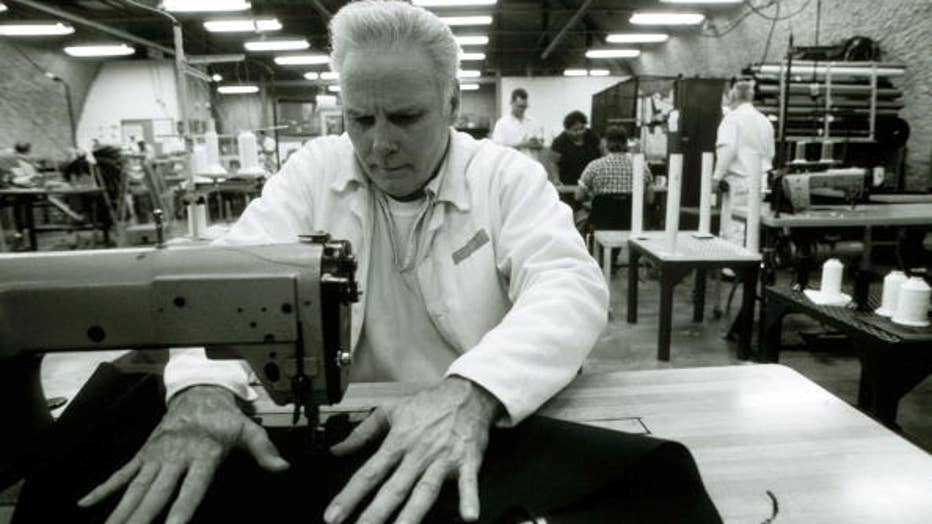 Texas Death Row inmate Carl Buntion works in the sewing factory April 12, 1997 at Ellis Unit in Huntsville, Texas USA. As a model prisoner he is allowed to work. He has a wife and two children in Houston, Texas. The state of Texas executes the most p

At his new punishment trial in 2012, Buntion’s brother testified to their troubled childhood. And a prison official told jurors that during Buntion’s many years on death row he was not considered a problem or escape risk, according to court filings. If he were to be sentenced to life in prison over death, the official said, Buntion would remain in solitary confinement because the prison had determined he was a member of the Aryan Brotherhood, the nation's oldest major white supremacist prison gang.

The jury again sentenced Buntion to death. Under the new jury instructions, they found the murder was intentional, Buntion was a future danger to society, and his presented mitigating evidence did not warrant him the lesser punishment.

In recent appeals, Buntion has argued that his decades on death row without incident have proven wrong his juries’ beliefs that he would be a future danger.

"A sentencing jury in 1991, and another in 2012, believed Buntion would be dangerous if not executed," his lawyers wrote in a federal appeal this month. "Time has revealed that belief to be false."

They’ve also argued his old age and multiple ailments, including hampered ability to walk and liver disease, make him incapable of harming anyone. The courts have so far rejected the arguments, with similar ones also failing in earlier appeals starting.

"The fact that Buntion has behaved peacefully while in prison does not disprove the jury’s probability calculation," a three-judge panel of the U.S. 5th Circuit Court of Appeals ruled in 2020, who noted that the U.S. Supreme Court has upheld the constitutionality of juries weighing future danger.

By Wednesday afternoon, Buntion’s final appeals were denied by the federal appeals court, and his lawyers were preparing to file a last petition with the U.S. Supreme Court. If the court rejects his appeal, he will be placed on a gurney inside a Huntsville prison after 6 p.m. Thursday and injected with a lethal dose of pentobarbital. His execution would be the first in Texas in 2022.