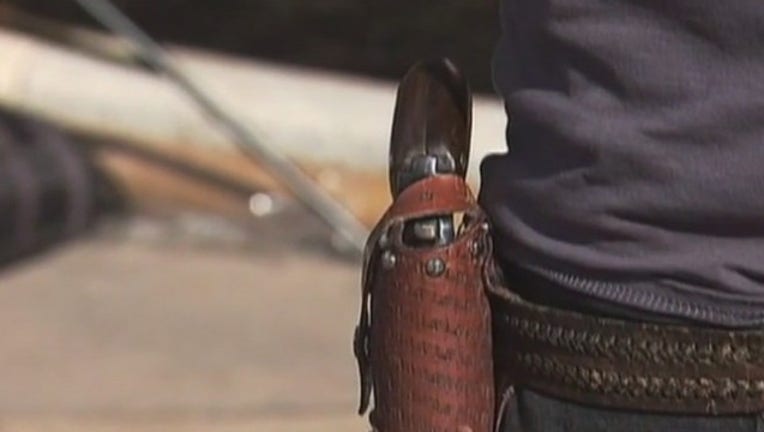 The Texas House has approved a measure that lets gun owners carry their weapons in the open, or concealed, for a week after a government declaration of a disaster. The vote was 102-29.

The next step will be a state Senate hearing, the San Antonio Express-News reported.

“I don’t want someone to feel like they have to leave their firearms back in an unsecured home for a week or longer, and we all know how looting occurs in storms,” said the bill’s sponsor, Rep. Dade Phelan, a Republican. “Entire neighborhoods are empty and these people can just go shopping, and one of the things they’re looking for is firearms.”

Critics of the bill, which will take effect in September if the Senate approves it, say that rather than ensuring safety, allowing unlicensed handgun owners to carry in public would only add to the chaos surrounding a disaster.

“It’s permitless carry in an emergency, and that phrase should bring fear to all of us,” said Gyl Switzer, executive director of Texas Gun Sense, according to the Express-News.

Rep. Gina Calanni, a Democrat who opposes the bill, agreed.

“The way that bill was written puts emergency shelters at risk for liabilities and having to determine who can have a gun and can’t have a gun,” Calanni said, according to the newspaper. “I think we just want to be really careful when we’re bringing guns into any situation, that we are being conscious of everyone involved.”

Phelan maintains that shelter operators would have discretion over whether to allow people to bring in weapons, and how those weapons would be stored.

The newspaper noted that Florida allows unlicensed handgun owners to carry them during mandatory evacuations.

“I think one day constitutional carry will be in that vein, where it’s not a big deal,” Phelan said. “I think we’ll get there one day, but it takes small steps like this to prove to people that law-abiding citizens are just fine carrying a firearm.”