Fans of The Masked Singer on FOX are getting a first look at the upcoming fifth season of the show. Watch as the Russian doll -- and a second doll -- channel Lady Gaga and Bradley Cooper.

LOS ANGELES - As fans await the return of "The Masked Singer" on FOX, the top-secret celebrity singing competition show is sharing a sneak peek of a season 5 performance channeling Lady Gaga and Bradley Cooper — and it looks like, indeed, a star is born.

Among this season’s new costumes is a Russian doll, which only allows the secret celebrity underneath to make minimal dance moves on stage.

In the sneak peek clip from the upcoming new season airing March 10, the Russian doll contestant performs the ballad "Shallow" from Bradley Cooper and Lady Gaga’s "A Star Is Born." Two people also appear to be dressed as Russian dolls for the song’s duet — though the official "Russian Doll" name of the contestant was introduced as singular.

In the clip, panelists Ken Jeong, Jenny McCarthy, Nicole Scherzinger and Robin Thicke are all on their feet at the end and appear moved by the doll’s performance. 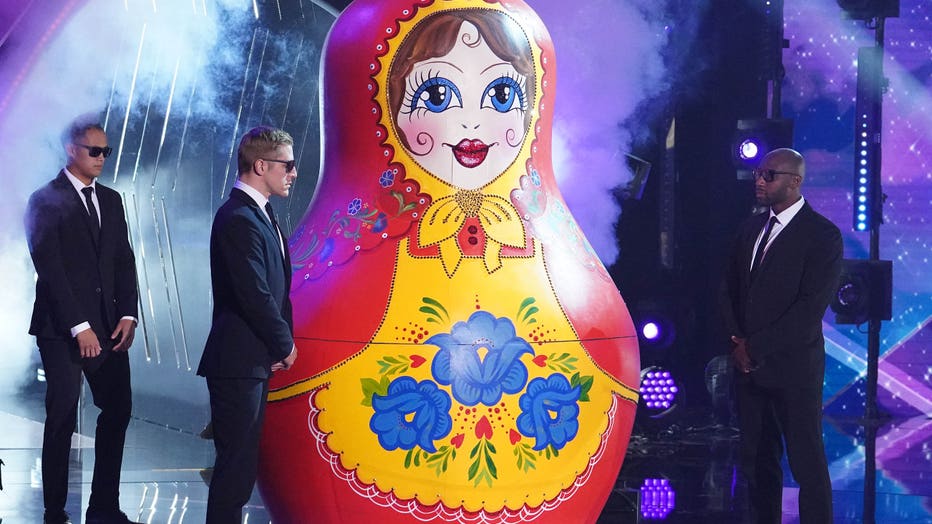 The show, hosted by Nick Cannon, is a top-secret singing competition in which celebrities face off against one another while shrouded from head-to-toe in elaborate costumes. The panelists try to guess who’s under the mask, while the singers leave tiny clues throughout the show.

Each week, a singer is eliminated and then reveals his or her true identity.

This season, the show has an exciting new twist: For the first time in the show’s history, wild card contestants will crash the competition in hopes of upending the battle for the Golden Mask Trophy, awarded at the end of the season.

If you need to catch up on "The Masked Singer" in the meantime, fans can now binge-watch all of the previous seasons for free on Tubi. Whether you want to relive T-Pain’s rise as the Peacock, or the jaw-dropping moment Chaka Khan was eliminated from season 3, Tubi’s extensive streaming library has it all.

This station is owned by the FOX Corporation. This story was reported from Cincinnati.