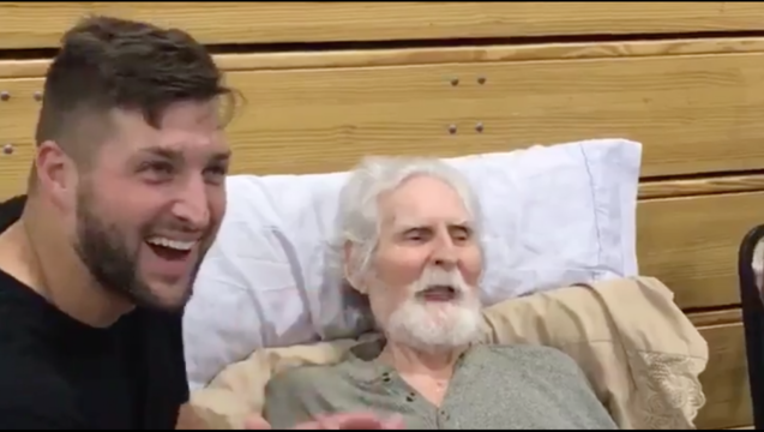 (FOX NEWS INSIDER/WOFL) - As Florida begins its recovery from Hurricane Irma, Tim Tebow is doing his part to help victims and evacuees.

On Monday, Tebow spent time with a World War II veteran at a shelter for those with special medical needs.

Tebow posted a video to Twitter of him meeting the vet, who treated his famous visitor to a tune on his harmonica.

Tebow later posted a photo with Red Cross aid workers at the shelter.

Other words of support came from Tebow via Twitter.

Tebow, raised in Jacksonville, played football for the University of Florida. After his run with the Denver Broncos and New York Jets in the NFL, he turned to baseball.

Coming off his first year in the New York Mets’ minor league, Tebow batted .226 with eight homers in 126 games.

Watch Tebow's touching moment with the elderly vet above.