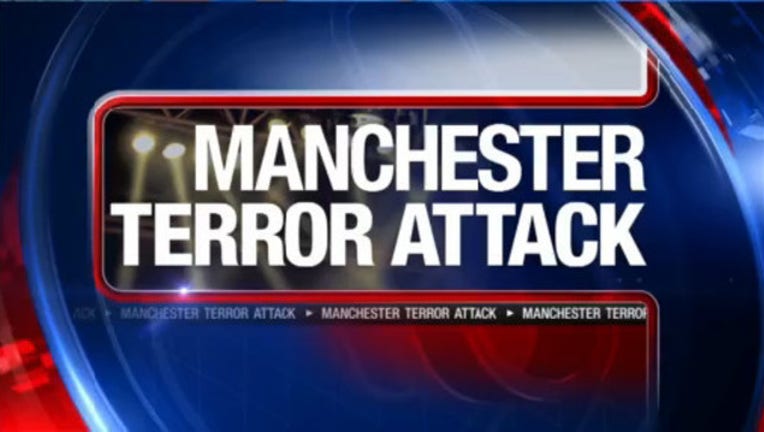 LONDON (AP) - The names of the 22 victims killed by a suicide bomber at a Manchester concert on Monday night have not been officially released, but here what's known about them so far:

Teenager Olivia Campbell-Hardy, who went to a school near Manchester, was at the Ariana Grande concert in Manchester with a friend on Monday night.

Tottingham High School in the town of Bury said the school community was "absolutely devastated and heartbroken" at the news Wednesday that Olivia was killed in the blast.

The school said Olivia, reportedly 15, had been with a friend who has since undergone surgery to treat injuries sustained in the explosion.

Her mother, Charlotte Campbell, who had been appealing online for news of Olivia, wrote in Facebook post early Wednesday: "RIP my darling precious gorgeous girl Olivia Campbell taken far far too soon, go sing with the angels and keep smiling mummy loves you so much."

A Polish couple who had come to collect their daughters from the concert in Manchester are among the dead, Poland's foreign minister said Wednesday.

Witold Waszczykowski said the daughters - one a minor, one adult- were unharmed. He did not give the couple's names but the daughter of Marcin and Angelika Klis has been publicly searching for her parents since the explosion.

A Facebook page "Remembering Marcin Klis" says he lived in the northern English city of York, worked for the York cars Taxi Service and came from the Polish town of Darlowo on the Baltic Sea.

In his latest entry from March 21, he shared a link from a protest in York against Uber car services. Entries from 2015 show him vacationing with family in Egypt.

Waszczykowski said another Polish citizen was wounded in the attack and had undergone surgery but "everything indicates that he will live."

Saffie Roussos, 8, is the youngest victim identified so far.

In a statement, the head teacher of the Tarleton Community Primary School that she attended in the village of Tarleton, Lancashire, described her as "simply a beautiful little girl in every aspect of the word. She was loved by everyone and her warmth and kindness will be remembered fondly. Saffie was quiet and unassuming with a creative flair."

The head teacher, Chris Upton, said her death was "a tremendous shock to all of us."

"The thought that anyone could go out to a concert and not come home is heartbreaking," he said.

The schoolgirl had been at the concert with her mother, Lisa Roussos, and sister, Ashlee Bromwich, in her 20s, from Leyland, Lancashire. They are both now in separate hospitals being treated for injuries, friends said.

Georgina Callander, a student, was a mega fan of Ariana Grande, with a picture of the two circulating on social media as her name emerged as the first confirmed victim.

Peter Rawlinson, deputy of the Bishop Rawstorne Church of England Academy in Croston, northwest of Manchester, where Callander was a former pupil, told The Associated Press that her family had confirmed the death.

The school posted a photo of Georgina on its website, smiling and look smart in her school uniform. It said she died of wounds from the attack and described her as "a lovely young student who was very popular with her peers and the staff."

Runshaw College in Leyland, Lancashire said Callander expressed "enormous sadness" at her death, saying she was on the second year of her health and social care course.