Fort Worth police released body camera footage depicting the end of a multi-county chase that ended with a woman dead and police killing the driver.

FORT WORTH, Texas - Fort Worth police released body camera footage depicting the end of a multi-county chase that ended with a woman dead and police killing the driver.

The chase started Sunday night in Troy, located in Bell County near Temple. It went on for about 130 miles with state troopers and other law enforcement agencies following.

Fort Worth officers were asked to assist at 7:23 p.m. and were told that a male passenger in the car had threatened to shoot the female driver.

By the time the car reached Fort Worth, the white Toyota Prius was driving erratically. A man, later identified as 38-year-old J'Quinnton Hopson, appeared to be holding a gun to the neck of the female driver, 31-year-old Shaelan Hill.

The chase came to an end when the car crashed into a guardrail on I-35 W near Downtown Fort Worth.

"They ordered the occupants out of the vehicle, but they could not see inside due to debris, deployed airbags and other items in the rear window," explained Fort Worth Police Chief Neil Noakes in a video statement.

A police helicopter spotted Hopson holding Hill at gunpoint. Officers on the ground couldn’t see that due to airbags being deployed, but they heard the gunshot.

Police sent in a rescue team. They encountered Hopson using Hill as a human shield. He was still pointing the gun at her. 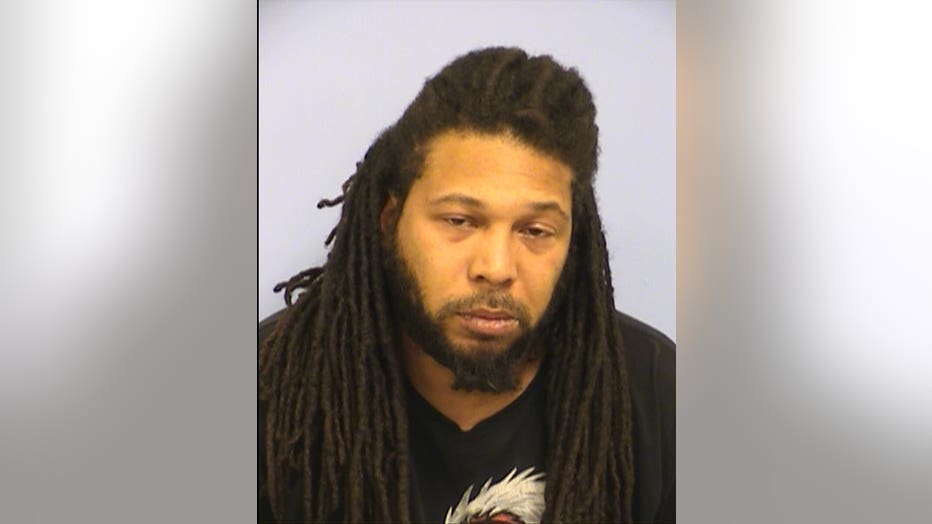 "We then quickly removed the victim from the vehicle so medical aid could be provided," Noakes said.

Hill was taken to a hospital in a police squad car. She didn’t survive.

Chase from Central Texas ends with 2 dead in Fort Worth

A long chase from Central Texas ended with the suspect and an innocent driver dead in North Texas.

Upon reviewing the footage, police say Hopson’s gun appeared to have been jammed and had an empty magazine well.

Hopson has a criminal history that includes charges for DWI and assault against a family member.

Fort Worth Police are still trying to learn more about the victim and suspect. The relationship between the two is still unclear.