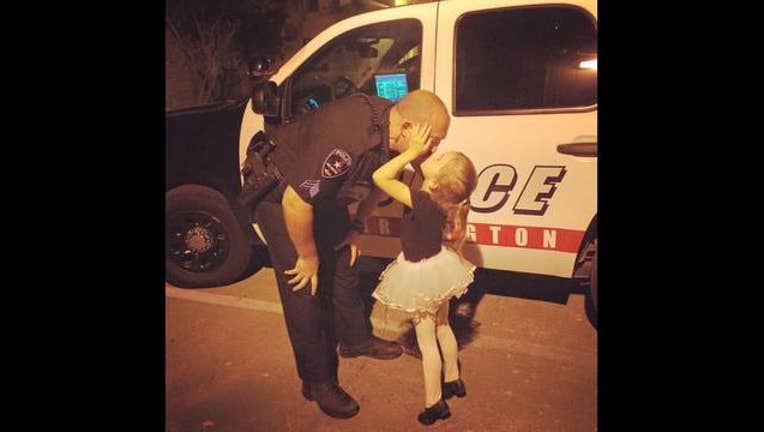 A precious photo of a young girl planting a kiss on her police officer father has quickly gone viral.

The Arlington, Texas Police Department posted the picture on Facebook, where it's turning into a social media sensation.

The department explained that the evening sergeant's daughter wanted a special picture of the two of them while they were both in uniform -- he in his police apparel, and she in her leotard, tights and tutu.

"She was so excited to see him," the post said. "She quickly ran up to him and stood on her tippy toes to give him a big kiss!"

The picture was snapped just after dance class. The Facebook post, which includes the hashtag #WhyIWearTheBadge, has received more than 12,000 likes as of Tuesday morning.

FOXNews.com contributed to this article.