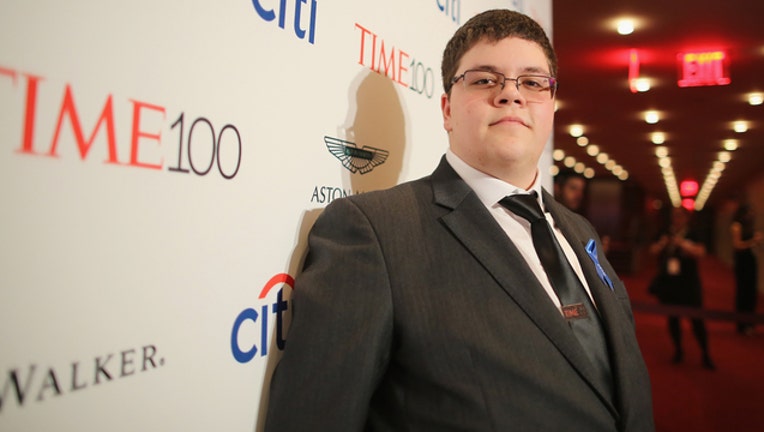 NORFOLK, Va. (AP) — - For nearly four years, Gavin Grimm has been suing his former school district after it banned him from using the boys bathrooms in high school.

Along the way, he's become a national face for transgender rights. His case almost went to the U.S. Supreme Court. He graduated and moved to California but kept fighting.

The school board in Virginia may finally be giving in, although not in court. It will hold a public hearing Tuesday to discuss the possibility of allowing transgender students to use restrooms that correspond with their gender identity.

"I have fought this legal battle for the past four years because I want to make sure that other transgender students do not have to go through the same pain and humiliation that I did," he said.

The Gloucester County School Board's meeting comes just months before a trial is set to begin over its current bathroom rules.

Grimm said the proposed policy "is far from perfect, but would represent an important first step for Gloucester." The policy "would also send the message to school districts across (Virginia) and the country that discrimination is unacceptable," he said.

Grimm has also been expanding his case against the school board. A federal judge ruled Thursday that he can sue over its refusal to change the gender on his high school transcript, which still lists him as female.

Grimm said the unchanged transcript will stigmatize him every time he applies to a college or potential employer that asks for it.

"I shouldn't have to be outed against my will in every situation where I would have to give that document," Grimm said during a phone interview from the San Francisco Bay Area, where he moved after graduating in 2017.

A court order legally made Grimm a man. And he is listed as male on his birth certificate, passport and a state-issued identification card in California.

The issue of Grimm's transcript highlights another concern in the transgender community that, like bathroom policies, remains far from settled across the nation.

Federal law does not directly address the issue. Some states, such as Massachusetts, provide explicit guidance to schools for updating records. Others, such as Virginia, do not provide a clear path forward to schools.

"We would hope states offer clear guidance," he added. "The alternative is that students would have to make the case on their own, and school districts would not have the benefit of clarity under state law."

Paul D. Castillo, an attorney for the LGBT rights group Lambda Legal, said Grimm's effort to update his transcript is "not an isolated incident."

"But it might be one of the first challenges based on federal law to update a student's legal record," Castillo said.

David Corrigan, the lead attorney for the Gloucester County School Board, declined to comment on the case or on how it could be impacted by a possible policy change. The district is located about an hour east of Richmond.

Grimm's lawsuit has followed a circuitous path that almost included a stop at the U.S. Supreme Court.

The high court had scheduled arguments for 2017. But they were scrapped after the Trump Administration withdrew recommendations from the Obama-era to allow students to use the bathroom of their chosen gender.

As recently as December, Gloucester was still fighting the lawsuit as well as Grimm's efforts to bring his transcripts into it.

Grimm and the American Civil Liberties Union claim the policy violated his rights under the U.S. Constitution's equal protection clause and federal policies that protect against sex discrimination. They make the same argument about Grimm's transcripts.

The school board had argued that its bathroom policy did not violate Grimm's rights but protected students' privacy.

Regarding the transcripts, the board says such records are a matter of state law, which shouldn't be argued in federal court.

Plus, the board said, Grimm has ignored federal guidance on such matters. The guidance recommends holding a hearing with school officials to discuss changing "misleading" or "inaccurate" information on a record.

If the board refuses to make a change, the guidance says a person can then place a statement with the contested record that lays out his or her point of view.

It's unclear if a change in the board's bathroom policy could lead to a change on Grimm's transcripts.

Since moving to California, Grimm has been studying at a community college and working as an activist and educator.

He's been able to avoid submitting his transcript to anyone so far. But that will likely change soon. He's looking for more traditional work and will eventually apply to four-year schools.

"I'm still tethered to 2017 by this document," he said. "It's unfair that a high school that put me through so much is able to wield that much negative influence over my adult life."