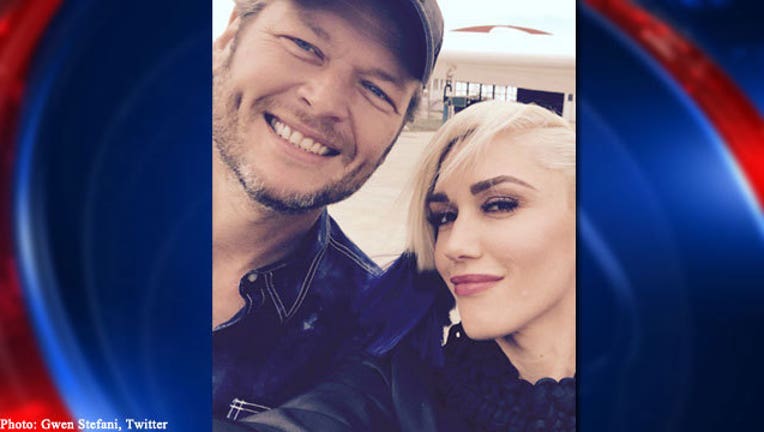 A representative for Shelton confirmed on Wednesday that the two stars are a couple. Both Shelton and Stefani are mentors on NBC's "The Voice."

Stefani filed for divorce from fellow musician Gavin Rossdale in August after nearly 13 years of marriage, citing irreconcilable differences. Both are seeking joint custody of their three children.

Shelton announced that he and singer Miranda Lambert were divorced after four years of marriage in July.

Both Shelton and Lambert are attending Wednesday night's Country Music Association Awards in Nashville, Tennessee. Shelton will perform and Lambert is nominated for entertainer of the year.