A Pflugerville woman is very thankful her community stepped in to help her get Big Al, her 800 lb, Aldabra giant tortoise, inside from the cold.

PFLUGERVILLE, Texas - During last week's storms, most people were able to easily bring their pets indoors, but when you have tortoises that are several hundred pounds, that's no easy task.

A Pflugerville woman is very thankful her community stepped in to help her get Big Al, her 800 lb, 26-year-old Aldabra giant tortoise, inside from the cold. 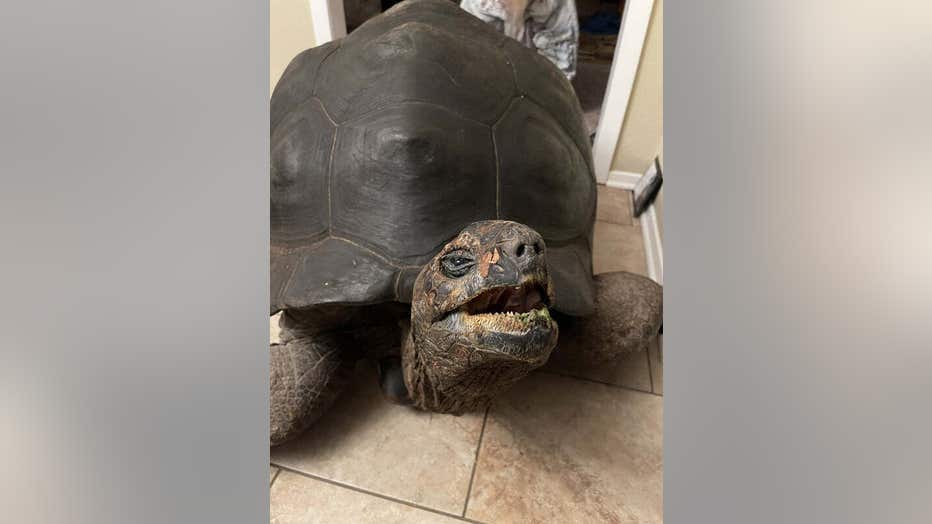 Big Al and his smaller buddy live in an insulated and heated shed in Vicki Boening's backyard in Pflugerville, but during one of last week's winter storms, her home and the back-up generator hooked up to the shed lost power. Two smaller red-foot tortoises unfortunately died.

"He had two companions and they died in the ice storm that we just had. So, he's very lonely now," Boening said. "Temperature - 9 degrees. Still too cold for them. The girls just didn't make it." 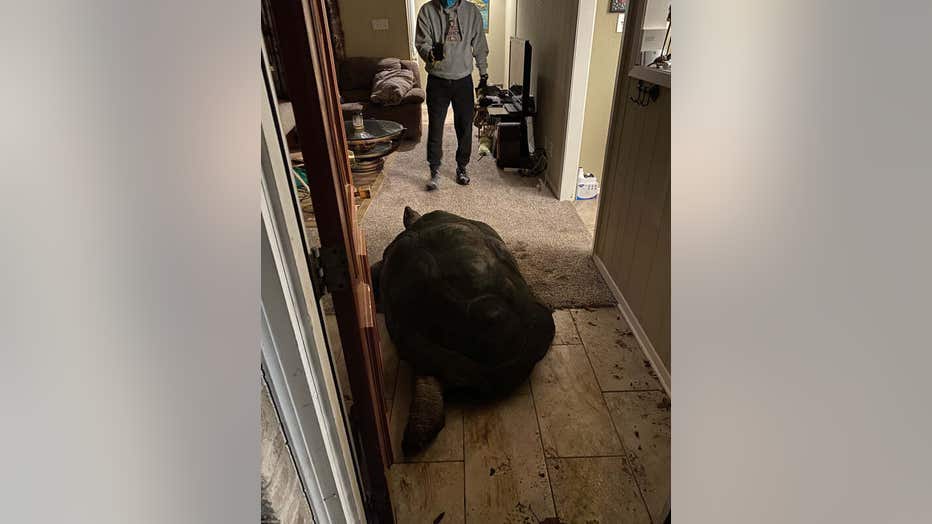 Boening was finally able to get help from neighbors, friends, and even strangers. They used a tarp to slowly pull Big Al into the safety of Boening's home. "We got Big Al and we took him into my bedroom," Boening said. "I needed him as warm as possible. I gave him my electric blanket. Luckily, we had electricity back by then."

Big Al is under the care of a vet after his close call with death. "We've been working on getting him to eat," Boening said.

The simple act of drinking water gave Boening hope that her cherished pet of 21 years will recover. "I've had people that come every day just to pet him," she said. "He gives other people soothing relief."

After his brush with the arctic blast, Big Al is no doubt happy the weather is warming up in Central Texas, but his vet bills have now topped $2,000. A GoFundMe has been set up to help Boening pay them.