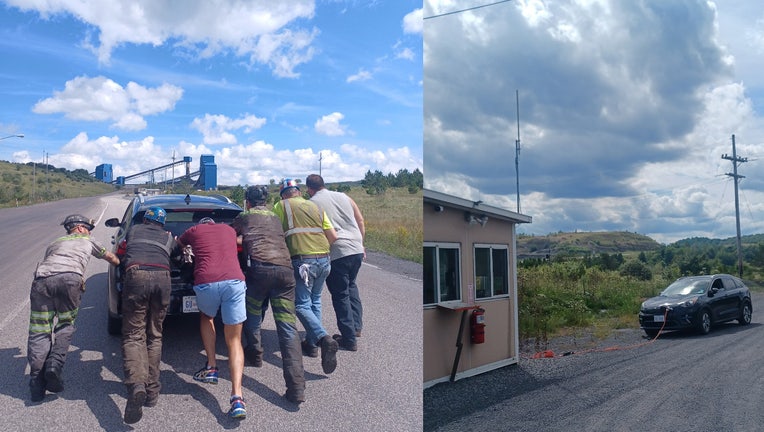 A group of West Virginia coal miners rescued a couple after their electric vehicle died, pushing the car to a charging station at the coal mine.

West Virginia State Sen. Randy Smith (R) and coal miners Andrew Smith and Daniel House joined "Fox & Friends" to discuss the irony of the circumstances and how they rescued the tourists last week.

"It was pretty ironic… to be plugged into a coal mine," State Sen. Smith told co-host Steve Doocy. "You can't make this stuff up… We had some good conversations, we're still laughing about it."

CALIFORNIA'S ELECTRIC CAR MANDATE COULD SPREAD TO OVER A DOZEN STATES

The couple was headed to a weekend getaway when their electric vehicle ran out of power in an area known for traffic from 18-wheelers. They broke down along Corridor H in Tucker County. 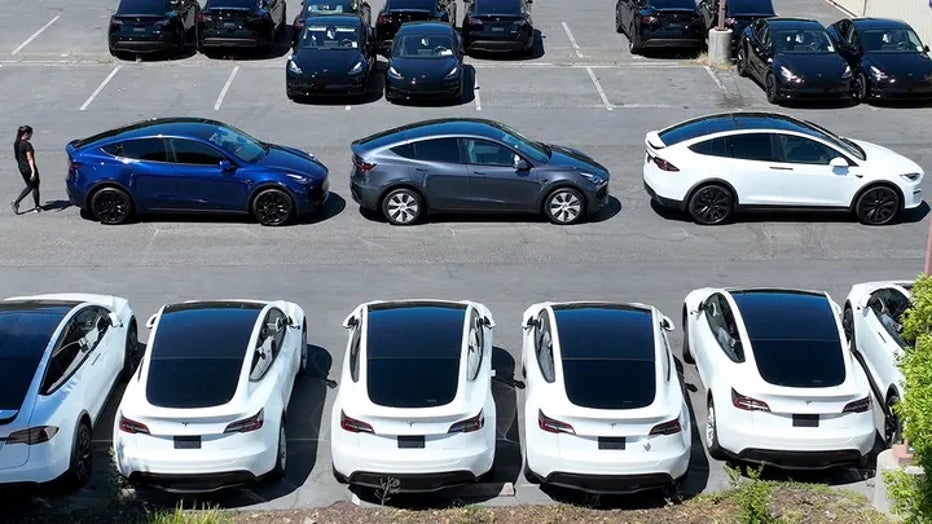 Brand new Tesla cars sit in a parking lot at a Tesla showroom on June 27, 2022 in Corte Madera, California. (Getty)

The miners knew they needed to act when they saw what was going on.

"That's just not a good place to be, so we had to figure out a way to get them out," House said.

Randy said the group did not talk politics with the couple, but said Andrew gave them a "Friends of coal" license plate souvenir, so they would not forget their trip, and the memorable rescue mission.

"I noticed that the people who broke down were from Washington, D.C., and I do know that sometimes coal miners have a bad rap," House explained.

"And we just wanted to show them that… we have a heart, and we're good people."