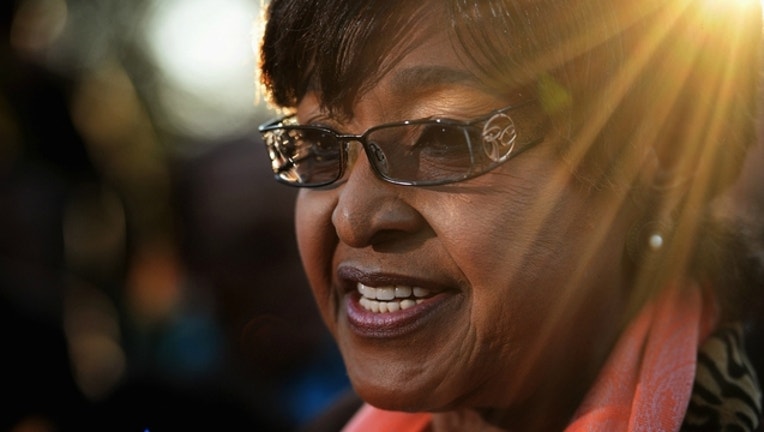 FOX NEWS - Winnie Madikizela-Mandela, an anti-apartheid campaigner and the former wife of Nelson Mandela, died, her personal assistant confirmed to Fox News on Monday. She was 81.

Mandela had been suffering from an infection and was in and out of the nearby Milpark Hospital in Johannesburg, South Africa.

"Mrs Madikizela-Mandela was one of the greatest icons of the struggle against Apartheid. She fought valiantly against the Apartheid state and sacrificed her life for the freedom of the country,” her family said in a statement, according to Sky News.

The statement continued: "She dedicated most of her adult life to the cause of the people and for this was known far and wide as the Mother Of The Nation."

Madikizela-Mandela was married to the late Nelson Mandela for nearly four decades. The couple was famously pictured hand-in-hand in 1990 as Mandela walked out of prison after spending 27 years behind bars. She campaigned tirelessly for her husband’s release.

However, her legacy was marred by allegations of corruption. She was removed from Mandela’s cabinet three years after the couple separated in 1992. She was also convicted in 1991 of killing an activist named Stompie Seipei.