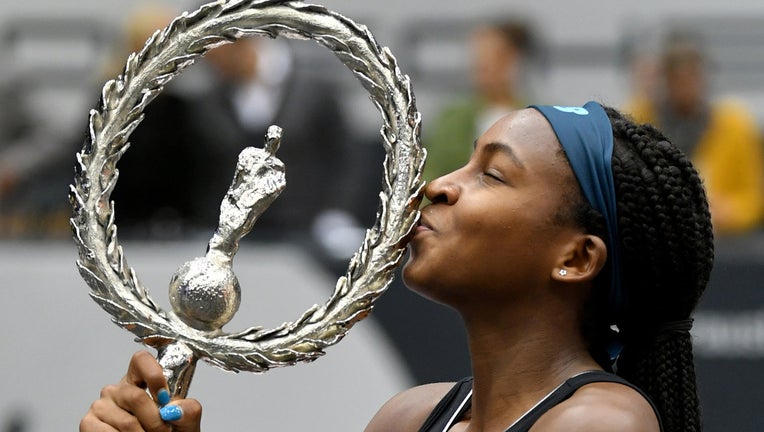 The 15-year-old Gauff, who reached the fourth round at Wimbledon and third round at the U.S. Open, bounced back after losing a one-sided second set to win comfortably.

Gauff had earlier called Linz "my little lucky place" and its charm held for the teenager through the final despite a late wobble. After racing out to a 5-0 lead in the deciding set, Gauff dropped two late games to Ostapenko before closing out the match.

The win makes the Florida teen the youngest WTA winner since Nicole Vaidisova in 2004.

Gauff had lost in the qualifying rounds, but ended up in the tournament after another player pulled out due to an injury.