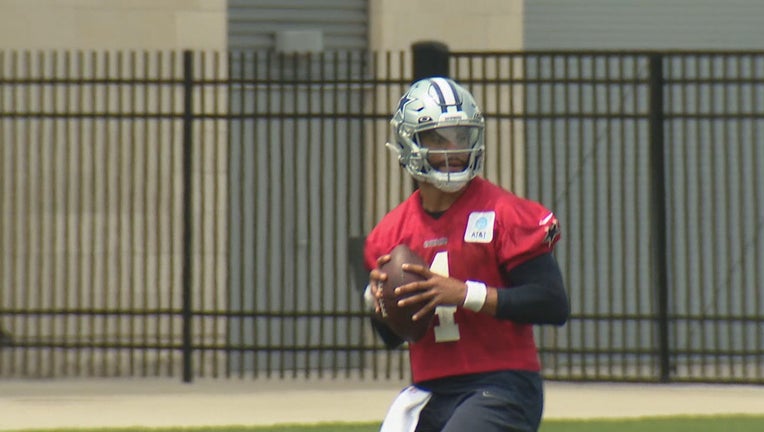 This week at The Star in Frisco, Prescott did more individual work as he recovers from last year’s devastating ankle injury.

He expects to be cleared in time for training camp next month.

Cowboys owner Jerry Jones has already said he wants the team to return to Oxnard, California for the start of camp.

"I wish I were able to put a stamp on it and say it’s official. You know, I have had to go to Oxnard for training camp. I’ve talked with Sean at the L.A. Rams about a potential practice together. So he and I have planned that. But until it becomes official I don’t want to put out the rest of it. I’m a little hesitant because things... I don’t know if you’ve noticed but things have changed in the last year," he said.

The Cowboys will have one more set of organized team activities and a mandatory minicamp next week in Frisco.