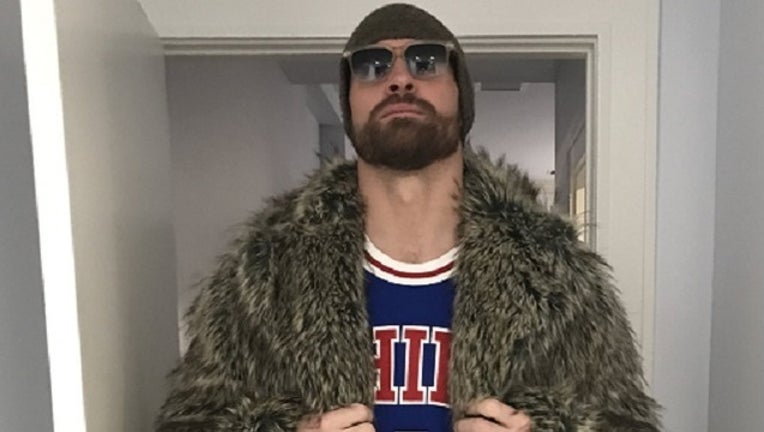 PHILADELPHIA (WTXF) - Just days after bringing the first Super Bowl to the City of Brotherly Love, the Philadelphia Eagles players celebrated their Super Bowl win with a parade down Broad Street with the Lombardi Trophy.

A number of players took to social media to thank fans and pump them up for the big day.

Defensive end Chris Long shared a photo of his outfit today, which is sure to be a fan favorite thanks to his throwback Allen Iverson jersey.

The night before the parade, tight end Zach Ertz shared his excitement ahead of the big day!

Right guard Brandon Brooks got his day started with a GIF he felt represented his mood.

All-Pro defensive tackle Fletcher Cox sent a parade invite to NFL Network's Kyle Brandt who had the team's back all through the playoffs.

Former Eagles running back Brian Westbrook was up early getting ready for the parade saying he heard his first chant pretty early.

Tight end Trey Burton, who threw the now famous 'Philly Special' touchdown pass to Nick Foles, reflected on the game while expressing his excitement for the parade.

Defensive Tackle Beau Allen was also ready to show off his outfit, which was very patriotic and even featured a GoPro.

Eagles left guard Stefen Wisniewski  shared a photo of center Jason Kelce in his Mummer-style get up!

The receivers and tight ends posed for a photo.

Carson Wentz thanked fans for their support and passion.

Chris Long took to Twitter to thank the men and women with the Philadelphia Police Department for making today possible.