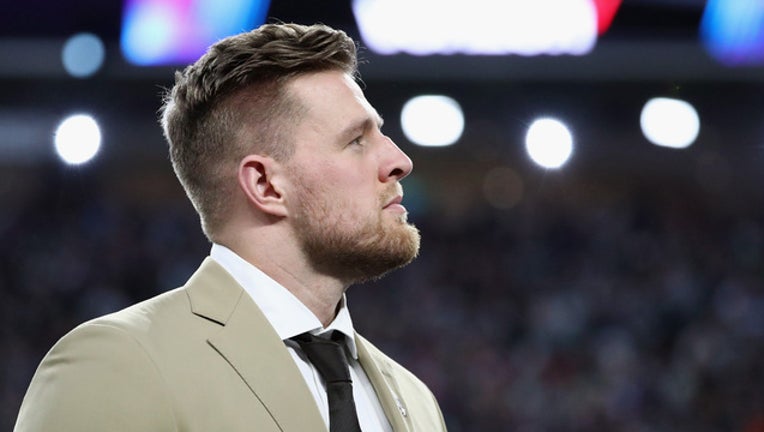 J. J. Watt of the Houston Texans looks on prior to Super Bowl LII between the New England Patriots and the Philadelphia Eagles at U.S. Bank Stadium on February 4, 2018 in Minneapolis, Minnesota. (Photo by Elsa/Getty Images)

SANTA FE, Texas (FOX 26) - Santa Fe High School administrators have been notified that Houston Texans defensive end J.J. Watt will personally pay for the funerals of all the victims of the shooting. Dimitrios Pagourtzis, 17, a student at the school, was arrested and charged with capital murder and aggravated assault of a peace officer in the shooting in which ten people were killed and ten others were injured.

Watt had posted on Twitter about the tragic shooting on Friday morning.

The gesture is only the latest in a series of philanthropic efforts by Watt, who along with Houston Astros second baseman Jose Altuve, was named the Sports Illustrated Sportsperson of the Year in 2017 for his contributions in helping the city of Houston following the devastation of Hurricane Harvey. He had established the Houston Flood Relief Fund on the YouCaring crowdfunding platform which would end up raising $37 million. Those funds were distributed among the Americares, Feeding America, SBP and Save the Children organizations.

Watt, a three-time Professional Football Writers of America Defensive Player of the Year, was also recognized on Super Bowl LII weekend with the Walter Payton NFL Man of the Year Award, which recognizes an NFL player for excellence on and off the field.