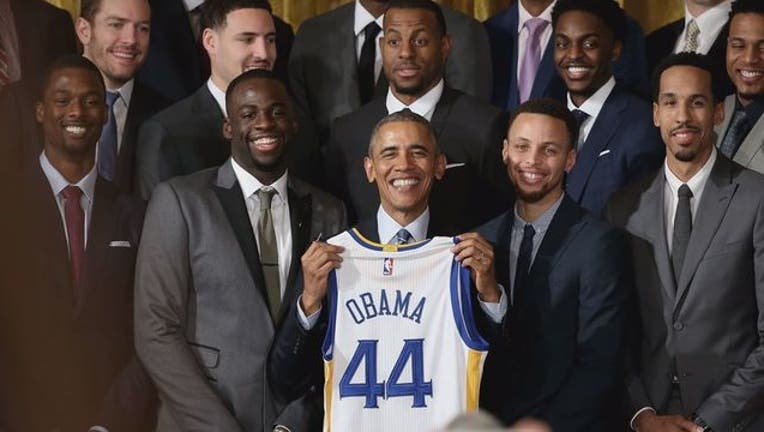 WASHINGTON (FOX NEWS) - The NBA champion Golden State Warriors missed out on a White House visit for the second year in a row, meeting instead Thursday with former President Barack Obama rather than President Trump.

Pro sports teams are traditionally invited to the White House after winning championships, but Trump rescinded the offer to the Warriors in September 2017 after stars Stephen Curry and Kevin Durant made critical remarks. Curry and Durant said their team wasn't planning on visiting Trump anyway.

During their visit to Washington last year, the team instead toured the National Museum of African American History and Culture, accompanied by local schoolchildren.

An Instagram photo posted by the Warriors’ Draymond Green on Thursday showed him and his teammates meeting with Obama before the team's 126-118 victory against the Washington Wizards in the nation's capital.