GREEN BAY, Wis. - Paul Hornung, the dazzling “Golden Boy” of the Green Bay Packers whose singular ability to generate points as a runner, receiver, quarterback and kicker helped turn the team into an NFL dynasty, died Friday. He was 84.

He was inducted into the Pro Football Hall of Fame in 1986. 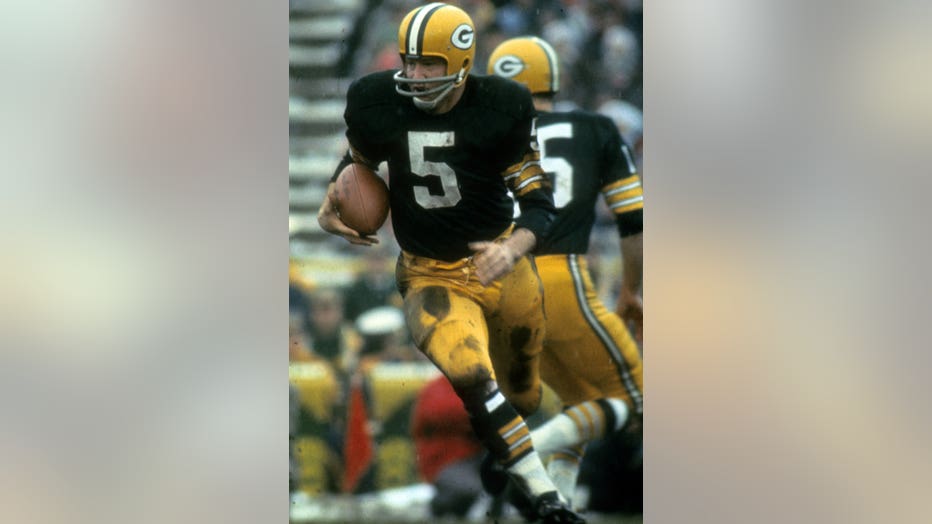 GREEN BAY, WISCONSIN - CIRCA 1960's: running back Paul Hornung #5 of the Green Bay Packers carries the ball against the Cleveland Browns circa early 1960's during an NFL football game at Lambeau Field in Green Bay, Wisconsin. Horning played for the P

Hornung and another of the league’s top stars, Detroit’s Alex Karras, were suspended for 1963 by Commissioner Pete Rozelle for betting on NFL games and associating with undesirable persons. They returned to the NFL the next year.

Hornung won the Heisman as a quarterback. But he switched to halfback in the pros and was one of the NFL's most dynamic players in Green Bay. 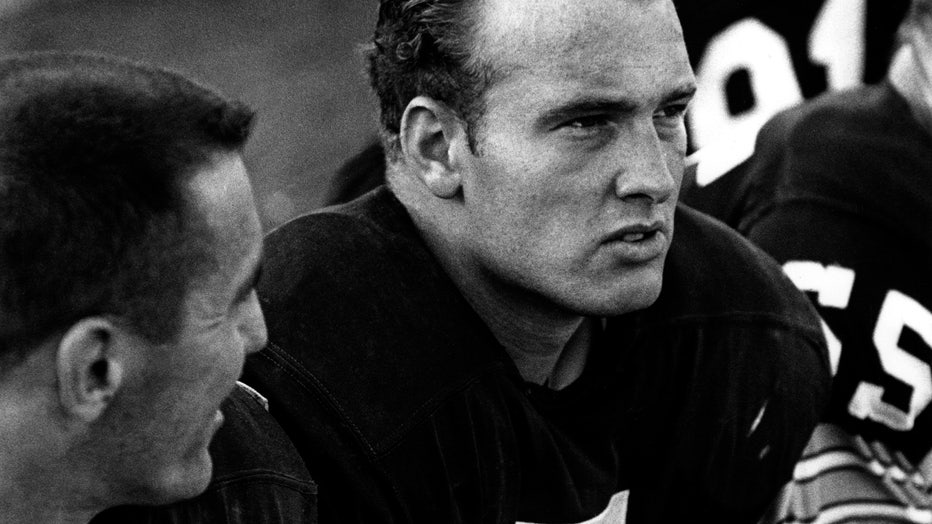 "The Green Bay Packers Family today is mourning the loss of Paul Hornung,” said Packers President/CEO Mark Murphy. “Paul was one of our special alumni whose mere presence in Lambeau Field electrified the crowd during his returns. His performances in big games were unparalleled and over time were appreciated by generations of Packers fans. He played a key role in four of Vince Lombardi’s championship teams of the 1960s.

"With Paul’s passing, we are deeply saddened that we continue to lose our greats from the Lombardi era, a run of unprecedented success in the National Football League.

"We extend our deepest condolences to Paul’s wife, Angela, and his family and friends.”

The Louisville Sports Commission indicated Hornung, a Louisville native, passed away in his hometown after a long battle with dementia. The commission wrote of Hornung:

"Legendary Green Bay Packer Football Coach Vince Lombardi once called Hornung, “The most versatile man ever to play the game.” Nicknamed “The Golden Boy” due to his blond hair and handsome features, Hornung won the 1956 Heisman Trophy at Notre Dame as a quarterback, then was a star halfback and placekicker for the Green Bay Packers team that ruled the NFL in the 1960s. Hornung is a member of the college and pro football halls of fame and the namesake of the Paul Hornung Award, presented annually to the most versatile player in major college football."

Hornung is survived by his wife of 41 years, Angela Hornung.