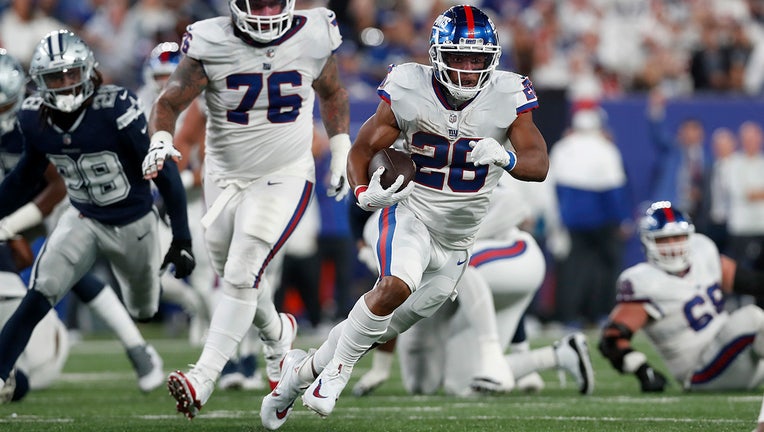 Saquon Barkley of the New York Giants in action against the Dallas Cowboys at MetLife Stadium on September 26, 2022 in East Rutherford, New Jersey. The Cowboys defeated the Giants 23-16. (Photo by Jim McIsaac/Getty Images)

The Thanksgiving holiday will feature a ton of important sporting events ranging from the World Cup to college football and basketball to the NFL – and all can be seen on FOX programming.

Beginning Thursday, local FOX stations and FOX Sports will have all the crucial matchups that would satisfy any type of sports fan.

Read below for what’s on deck this weekend. All times Eastern. 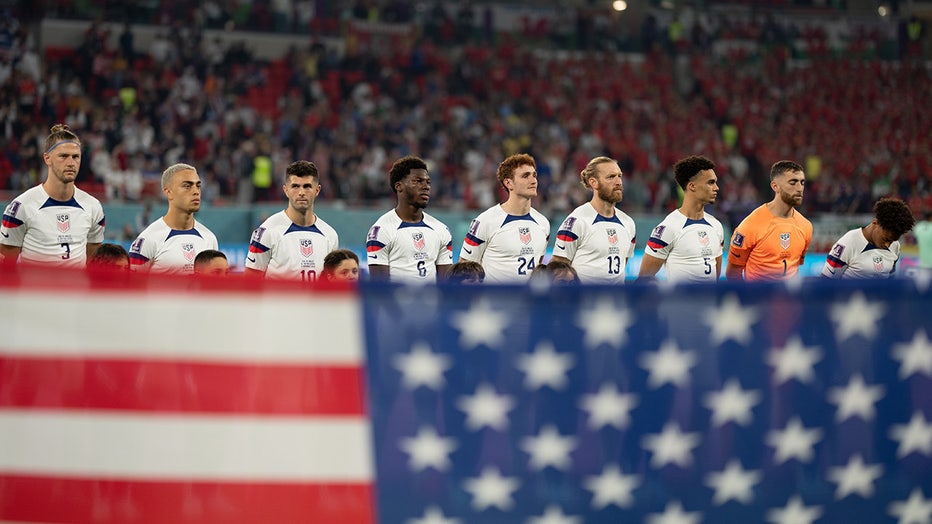 The USMNT during the national anthem at the start of the 2022 FIFA World Cup Group B match between USA and Wales on November 21, 2022, at Ahmad bin Ali Stadium in Al Rayyan, Qatar. (Photo by Richard Gordon/Icon Sportswire via Getty Images) 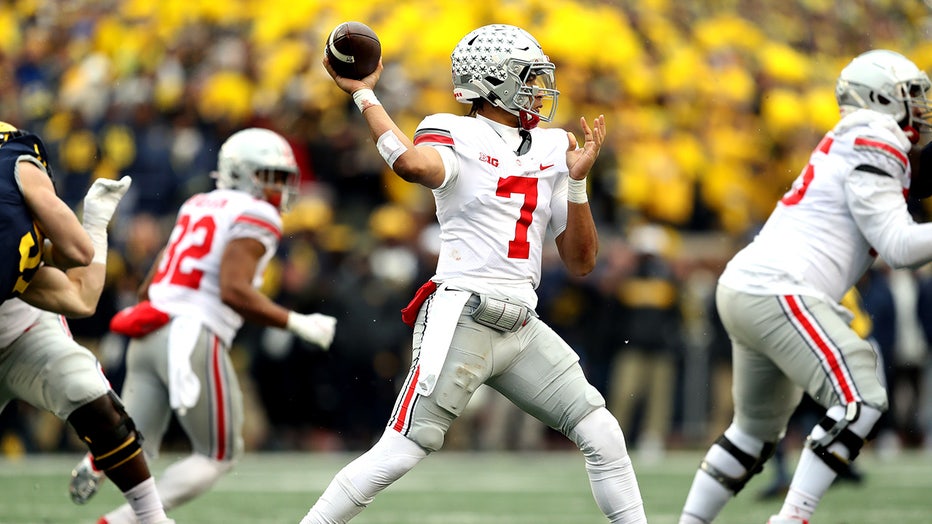 File: C.J. Stroud of the Ohio State Buckeyes throws a pass in the second half of the game against the Michigan Wolverines at Michigan Stadium on November 27, 2021 in Ann Arbor, Michigan. (Photo by Mike Mulholland/Getty Images) 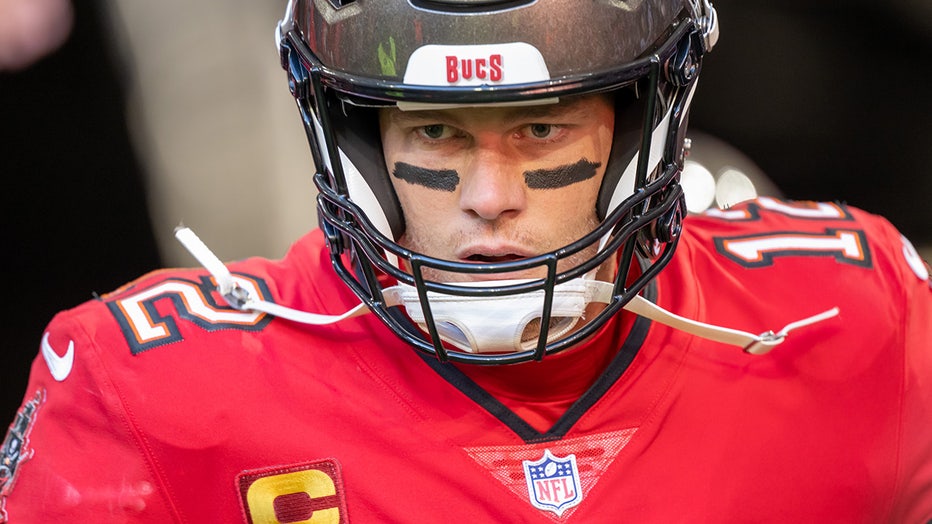 LINK: GET UPDATES ON THIS SCHEDULE FROM FOXNEWS.COM