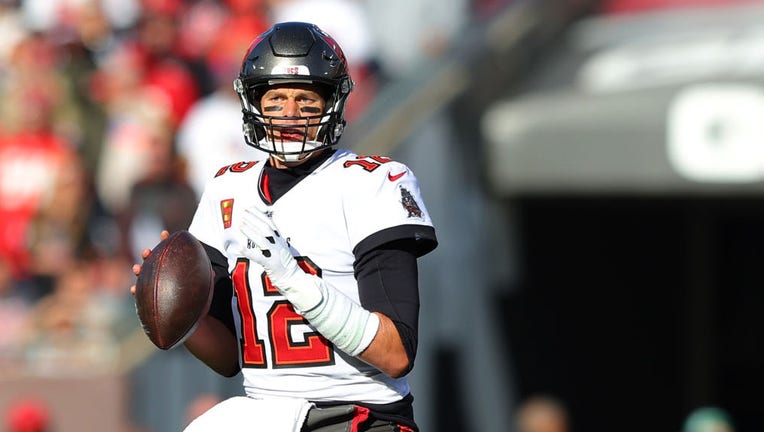 Tom Brady #12 of the Tampa Bay Buccaneers looks to throw the ball in a game against the Los Angeles Rams in the NFC Divisional Playoff game. Kevin C. Cox/Getty Images)

WASHINGTON - Tom Brady announced Sunday that he's coming out of retirement and will return for his 23rd season in the National Football League.

The seven-time Super Bowl champion made the announcement on Twitter saying "These past two months I’ve realized my place is still on the field and not in the stands. That time will come. But it’s not now. I love my teammates, and I love my supportive family. They make it all possible. I’m coming back for my 23rd season in Tampa. Unfinished business LFG," he wrote.

Brady's return to the NFL gained attention from the sports world on social media.

Many Hall of Fame players across several sports returned to playing after retiring, including Michael Jordan, Magic Johnson and Bob Cousy in the NBA, Brett Favre and Reggie White in the NFL, Guy Lafleur and Mario Lemieux in the NHL.

ESPN first reported Brady’s retirement in January, citing unidentified sources. Brady’s company posted a tweet indicating he’s retiring, and reaction came from around the world congratulating Brady on his career. But the tweet was later deleted, and Brady’s agent, Don Yee, said the 44-year-old quarterback would be the only person to accurately express his future.

Brady cited his desire to spend more time with his wife, supermodel Gisele Bundchen, and three children when he decided to walk away from the game on Feb. 1. But he changed his mind about staying home, a day after attending the Manchester United match against Tottenham Hotspur. Brady sat with the Glazer Family, who own Manchester United and the Buccaneers.

Following his brief retirement, the future Hall of Famer announced a new endeavor in the movie industry.  Last month, it was reported that Brady will play himself in the new film called "80 for Brady." The movie tells the story of four friends and New England Patriots fans who take a road trip to watch Brady and the Pats battle the Atlanta Falcons in Super Bowl LI in 2017. In that game, Brady led the Patriots to a historic comeback win over the Falcons to win New England’s fifth Super Bowl championship.

Brady became the starter at Michigan in 1998 and led the team to two bowl wins during the course of his collegiate career. He was then drafted in the sixth round by the New England Patriots in 2000. Brady spent 20 seasons with the team — becoming the enduring face of the Patriots during a run that included nine Super Bowl appearances, six of those as a champion.

The All-Pro left the Pats to join the Tampa Bay Buccaneers in 2020 and led the team to a Super Bowl title in his first season there. The Bucs made it back to the playoffs this season but lost to the Los Angeles Rams, the eventual Super Bowl champions, in the NFC Divisional Playoffs.