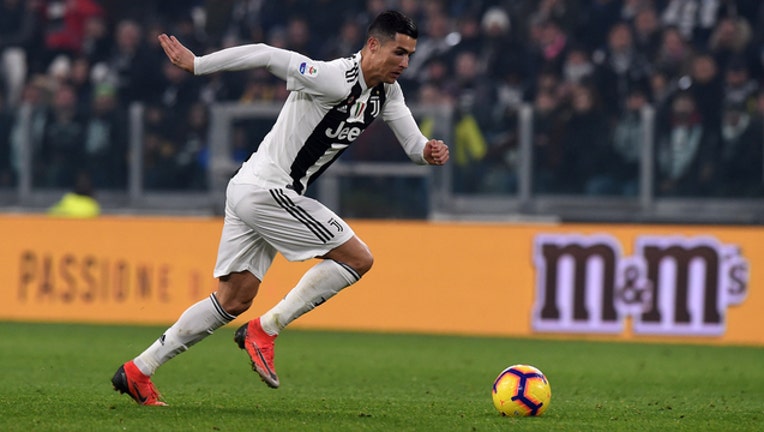 TURIN, ITALY - DECEMBER 07: Cristiano Ronaldo of Juventus in action during the Serie A match between Juventus and FC Internazionale at Allianz Stadium on December 7, 2018 in Turin, Italy. (Photo by Tullio M. Puglia/Getty Images )

LAS VEGAS (AP) — - Cristiano Ronaldo's lawyer says U.S. investigators are seeking DNA from Cristiano Ronaldo in their investigation of a Nevada woman's allegation that the international soccer star raped her in his Las Vegas hotel penthouse in 2009.

Attorney Peter S. Christiansen in Las Vegas provided no additional detail on Thursday. He did not immediately confirm a Wall Street Journal report citing an unnamed source saying that a warrant was sent to Italy to compel Ronaldo to submit a DNA sample.

It was closed in 2009 but reopened days before the woman filed a civil lawsuit in Nevada in September claiming that Ronaldo raped her.

Ronaldo through his lawyers have denied the rape allegation.