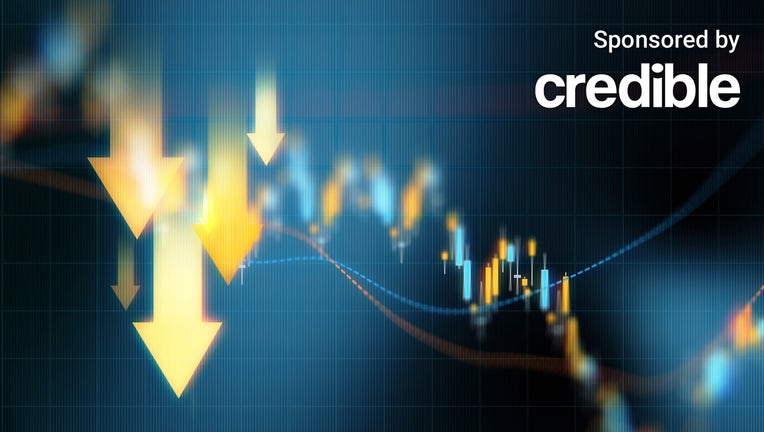 The housing market could lead the U.S. into a recession next year but may also be what pulls the market out again as interest rate volatility continues, according to a forecast from the Mortgage Bankers Association (MBA). (iStock)

The housing market, which has slowed significantly from last year as mortgage rates continue to edge higher, could be what pulls the U.S. into a recession next year, according to economists at the Mortgage Bankers Association (MBA).

Mortgage interest rates have risen significantly since last year amid the Federal Reserve's continued rate hikes. The average 30-year fixed-rate mortgage moved from just above 3% at this time last year to nearly 7% currently, according to data from Freddie Mac.

And as interest rates rise, the housing market has slowed due to lower demand for new homes and refinances, Mike Fratantoni, the MBA's chief economist and senior vice president, said Tuesday at the company's annual conference in Nashville. This slowing housing market is expected to pull the U.S. into a recession, which is forecasted to come at the beginning of 2023.

But the housing market could also be what pulls the economy out once again, Fratantoni said. Interest rates could begin to decline next year after the Fed eases its rate hikes. Mortgage rates could slip to 5.5% by the end of next year, and drop even lower after that, according to the MBA’s forecast. Once rates move lower, activity in the housing market could pick up once again, helping to guide the U.S. out of a recession.

If you are looking to buy a home or refinance your current mortgage, comparing multiple options can help you find a lower rate. You can visit Credible to find your personalized interest rate without affecting your credit score.

INFLATION TO REMAIN HIGH THROUGH 2024, RECESSION ON ITS WAY: MBA FORECAST

At its November meeting, the Federal Open Market Committee (FOMC) raised the federal funds rate by 75 basis points. This marked the fourth consecutive 75-basis point increase and the sixth rate hike this year.

And the Fed indicated at that meeting that Fed members plan to continue raising interest rates in the months ahead. Although the Fed recognized that it may need to slow the pace of interest rate increases, it is likely to raise the federal funds rate further before pausing, according to the minutes.

While this monetary policy has pushed mortgage rates higher, it may not continue to do so in the months ahead despite the Fed's continued rate hikes. Fratantoni explained that future rate hikes are likely already baked into current interest rates, and they may not rise much further, if at all, in the near future.

Although mortgage rates are higher than they were last year, you may still be able to get a lower rate and save money. You can visit Credible to compare multiple mortgage lenders at once and choose the one with the best interest rate for you.

Recession likely for beginning of 2023

Although the Federal Reserve will likely continue to raise rates in the months ahead, economists predict a recession is on the horizon for the beginning of 2023.

"We are really highly confident we are going to be in a recession next year," Fratantoni said at the conference.

Back-to-back negative GDP readings in the first half of 2022 created some debate about whether or not the U.S. is in a recession. Typically, economists consider a recession to be after two consecutive quarters of negative GDP growth. But the White House has said that may not be the case in this instance.

Other economists also agree that a recession will come next year. Fannie Mae's latest forecast predicted that the housing market will tip the U.S. into a recession in early 2023.

If you are struggling in the current economy, you could consider taking out a personal loan to help pay down high-interest debt at a lower rate. To see if this is the right option for you, contact Credible to speak to a loan expert and get all of your questions answered.