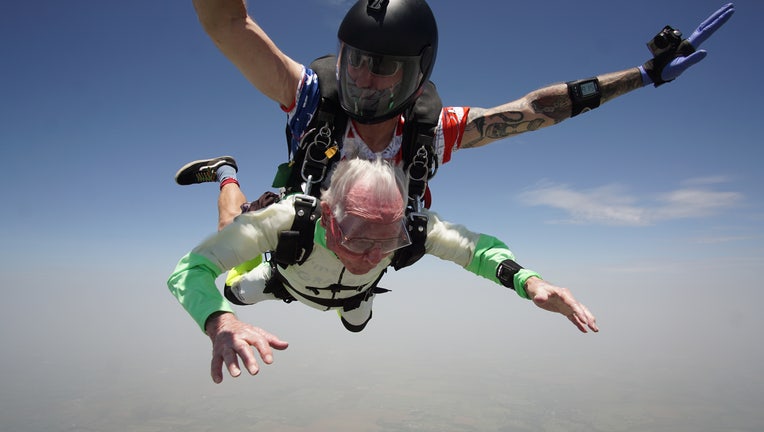 SAN MARCOS, Texas - A 103-year-old Georgetown man's skydive jump has qualified him for a Guinness World record for the oldest tandem skydive.

Al Blaschke was born on January 4, 1917 which makes him 103 years and 180 days old on his jump day. If the record is made official, Baschke would beat the current record holder, Verdun Hayes, who made his jump in May 2017 in the United Kingdom when he was 101 years and 38 days. 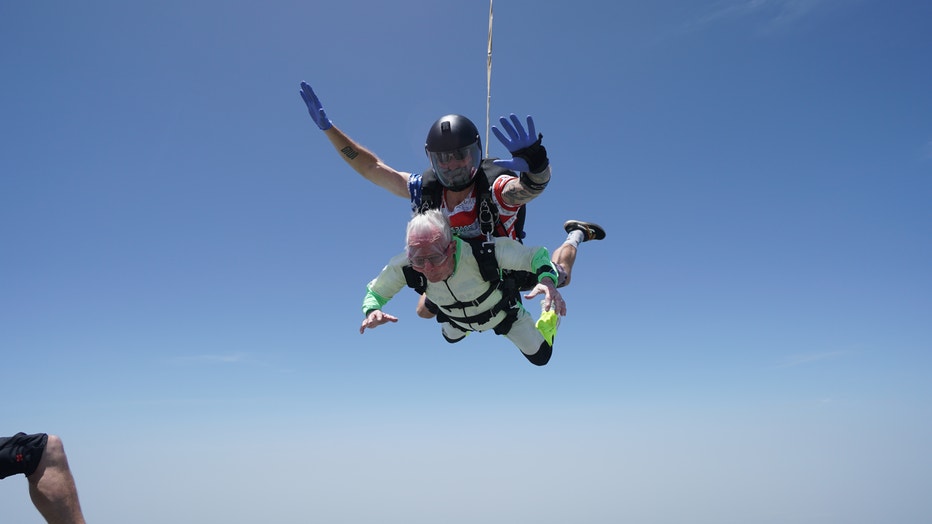 Blaschke made the jump at Skydive Spaceland San Marcos which is located in Fentress. Instructor Don Cameron jumped with Blaschke from 14,000 feet and the pair free fell until 6,000 feet, reaching speeds of 120 miles per hour.

After deploying the parachute, Blaschke and Cameron landed safely on the ground after a five minute parachute ride.