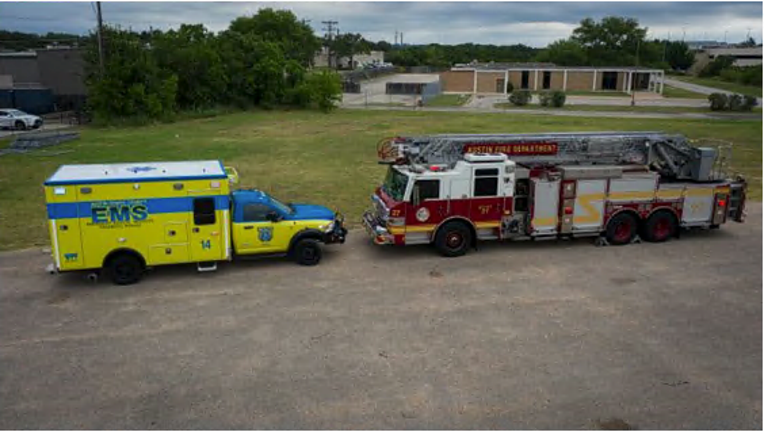 AUSTIN, Texas - Southwest Austin is about to get a new first responder station.

The station will be located at  5410 West US Hwy 290 Service Rd. and will serve multiple areas in Southwest Austin including the Travis Country neighborhood along Southwest Parkway. Construction of the $9.6 million project is set to be completed by mid-summer 2021.

Features of this 15,000 square foot building include:

This station is the second to be constructed as part of the Council-approved five new high priority Fire/EMS station and will improve emergency response time throughout the communities they serve.

“The City is delivering on its promise of five stations in five years by starting on the second station right on time in June 2020. This station is a welcome addition to District 8 where it will not only reduce emergency response times but also become part of the community as first responders tend to do,” said District 8 Council Member Paige Ellis.

The development and construction of all five new AFD/ATCEMS stations are being managed by the City’s Public Works Department’s capital project delivery team.

"Public Works is honored to be managing the design and construction of the five high priority stations,” said Public Works Director Richard Mendoza. “The dedication of the project team to deliver another high caliber project on schedule and on budget is demonstrated in the start of this Fire and EMS station as promised. I look forward to this station’s opening next summer."

Each year, Public Works helps the City design and deliver millions of dollars’ worth of vertical and horizontal capital projects all around the city. Find out more information here.