FLATONIA, Texas - A Laredo man has been arrested after a Fayette County Sheriff's Office investigator found thousands of dollars hidden in his vehicle during a traffic stop near Flatonia.

FCSO says that around 10 a.m. on Sept. 30, an investigator performed a traffic stop on a vehicle headed westbound on I-10 near Flatonia. The investigator detected "several criminal indicators" and received consent to search the vehicle. 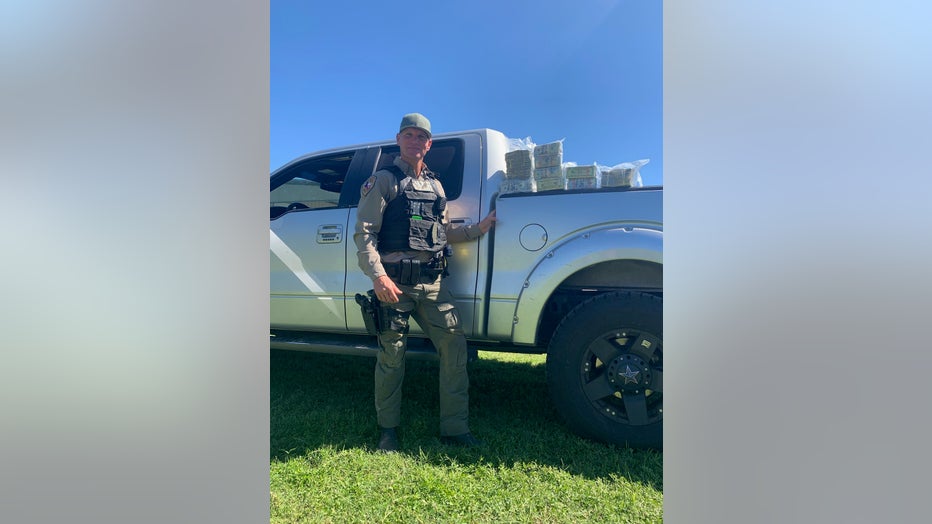 An FCSO investigator stands next to the bundles of cash found during a traffic stop near Flatonia. (Fayette County Sheriff's Office)

During the search, the investigator noticed tampering to a natural void in the rear wall of the vehicle, where he found several vacuum-sealed bundles of money. FCSO says the bundles were hidden and packaged consistent with drug trafficking and money laundering organizations.

RELATED: Over $186,000 seized from bus driver in Flatonia traffic stop

The driver, 30-year-old Herbert Martinez Jr of Laredo, was arrested and charged with third-degree felony money laundering of an amount greater than or equal to $30,000, but less than $150,000. Martinez was transported to the Dan R. Beck Justice Center.