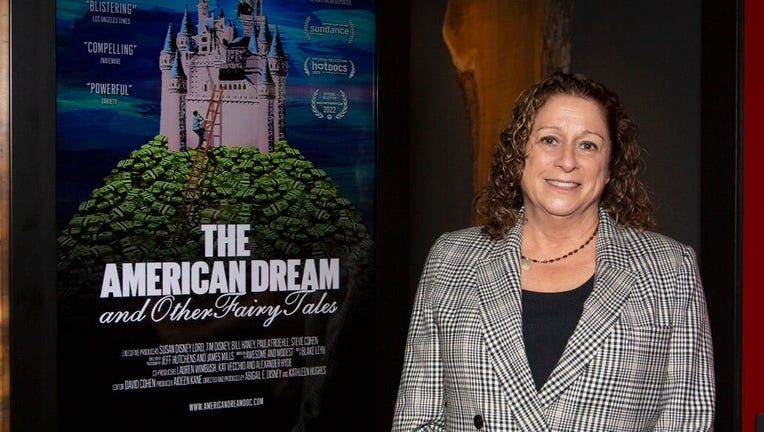 NEW YORK - Abigail E. Disney has been critical of the company that bears her name before. But for the first time, Disney, the granddaughter of co-founder Roy O. Disney, has put her views into the medium the Mouse House was built on: a movie.

In the new documentary "The American Dream and Other Fairy Tales," Disney argues that the Walt Disney Co. has lost its moral compass. As one of the company's most prominent and outspoken critics — one who happens to be from within the Disney family — Disney lays out an unflattering portrait of the company, particularly in regard to pay inequity and the struggles of some theme park employees to sustain their families on minimum-wage salaries.

"They have gone the way of most every other company in this country. They started with a bigger idea of themselves than that," Disney said in an interview. "The Walt Disney Co. was better. It was kinder, it was gentler. It was a human company.

"We have lost the plot," said Disney.

"The American Dream," which is playing in select theaters and debuts Friday on video-on-demand, is directed by Disney, an activist and film producer, and the filmmaker Kathleen Hughes. It was made on the heels of a series of tweets from Disney in 2019 in which she slammed Bob Iger, then-Disney chief executive, for compensation that in 2018 surpassed $65 million. Disney's siblings, Susan Disney Lord and Tim Disney, are also executive producers of the film, which was made without any interaction from the company.

"No one’s reached out to me. I’m a little mystified by it, frankly," said Disney. "I’m happy to talk if that’s what they want to do. I am rooting for them. I love this company. This is a love letter to the company. But when you really, really love something and see it going off the rails, you can’t be silent." 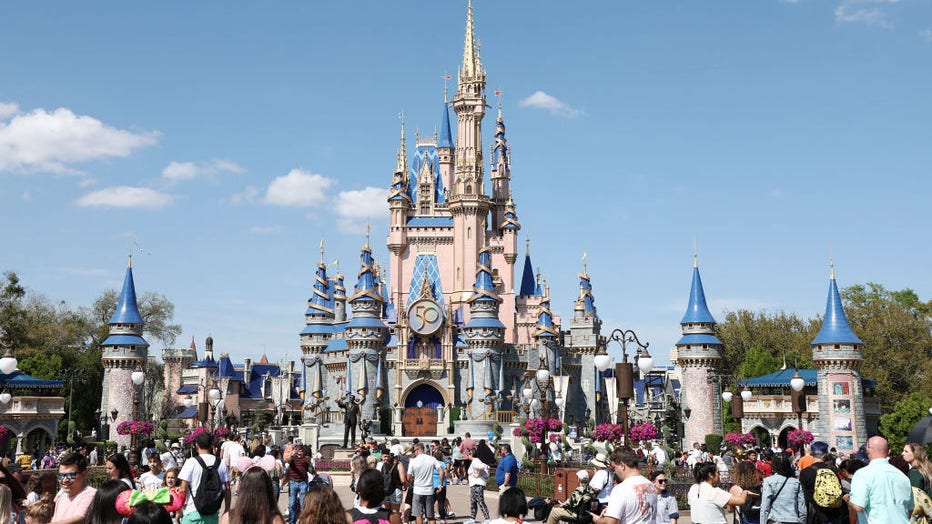 The film follows four Disneyland custodians who on a salary of $15 an hour struggle to make ends meet in the high-priced Anaheim, California, area. Growing pay gaps between executives and low-rung workers is an issue Disney knows goes far beyond the company her film concerns. At one point in the film, she describes her hope for change as "a little Disney."

"I know that people think I’m just living out here in abstract land," Disney said. "But the abstractions matter a lot, and the sensibilities must change."

Wages for some Disney workers have been changing. Unions representing 9,500 workers at Disneyland averted a strike by ratifying a contact that raised pay from $15.45 an hour to $18. A union representing hotel workers at an Anaheim hotel also recently reached agreement on $23.50 an hour. (Anaheim's living wage ordinance, which is $23.50, was earlier ruled not to apply to Disneyland.)

In response to "The American Dream," a Disney spokesperson replied with a statement.

"Our amazing cast members, storytellers, and employees are the heart and soul of Disney, and their wellbeing is our top priority. We work hard to ensure that our team is supported in ways that enable them to grow their careers, care for their families, and thrive at work — which is why so many people choose to spend their entire careers with us."

The spokesperson also cited medical coverage, access to tuition-free higher education and subsidized child care as worker benefits. "We are committed to building on these impactful programs by identifying new ways to support our cast members and communities around the world," said the spokesperson.

When Roy E. Disney, who founded the company with his brother, Walt, in 1923, stepped down from the board in 2003, the family ceased participating in running the company. Since Abigail Disney made her documentary, which first premiered in January at the Sundance Film Festival, Iger has been succeeded by Bob Chapek, who had previously run parks for the company. In that period, prices have risen sharply at the company's theme parks — another point of contention for Disney.

"I just don’t think it’s a good idea for Disneyland to become a luxury vacation that most Americans can’t access," she said. "I don’t know how much more the brand can take."

Disney, though, was encouraged by workers who protested Chapek’s response to Florida legislation that critics have dubbed the "Don’t Say Gay" bill. To Disney, the situation reflected the corporation's struggle to maintain a role as any kind of moral authority amid such politically polarized times.

"There is no such thing as not having a position on this question," she said. "There is no neutral ground. To pretend you can stand still on a moving train is a terrible mistake."

The Florida House has passed the bill to repeal the Reedy Creek Improvement Act, which gave Disney special status over 50 years ago, allowing it to act as its own government on company property. The move comes amid Gov. Ron DeSantis' very public battle with the Walt Disney Company over support for the so-called "Don't Say Gay" Bill, which DeSantis signed into law last month.

Ultimately, Disney increasingly doesn't recognize the company that for much of her life was the family business. Making a movie about her disapproval, she says, was "exquisitely uncomfortable." But she hasn't given up a happily-ever-after ending.

"I really do mean well," Disney says. "You can say a lot of things about me, but I mean well."

RELATED: Disney World is not the most expensive Florida theme park: This one is, study says