AUSTIN, Texas - The Austin Police Department (APD) is asking for the public's help in identifying a man they say was involved in a bank robbery in South Austin.

The suspect entered the bank, approached the counter and threatened the teller, says APD. The bank teller gave the suspect cash, and the suspect then ran away. He was last seen walking northbound on the frontage road. 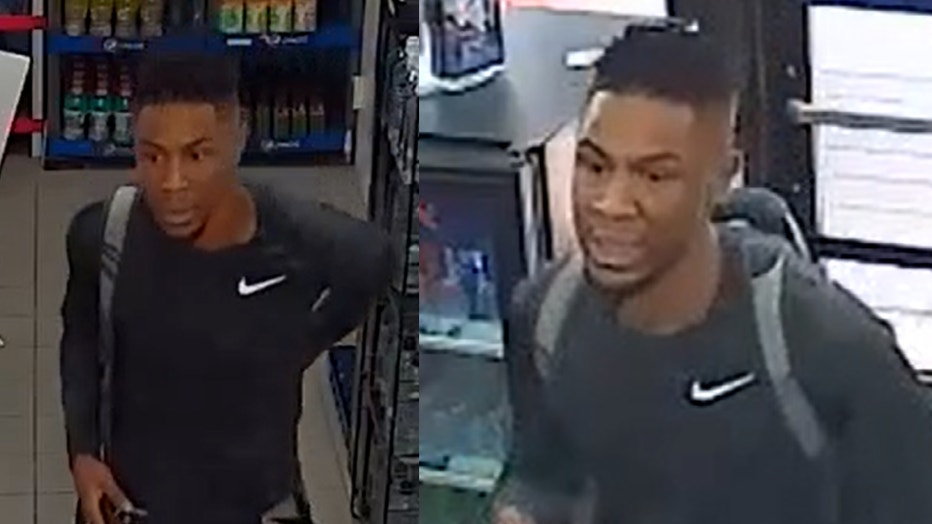 The suspect is described as a man in his early to mid 20s, approximately 5'8" to 5'10", with medium length hair faded on the sides. He was last seen wearing a black long-sleeved Nike shirt, black shorts with "Nike" written on the left leg, black Nike shoes with a white "swoosh" and white soles, a white cap with a black "swoosh" and a gray-and-white backpack.

Anyone with information is asked to call the APD Robbery Tip Line at 512-974-5092, or you can remain anonymous and contact Crime Stoppers at 512-472-TIPS, or the Crime Stoppers app.