AUSTIN, Texas - The Austin Police Department has arrested a man in connection with a shooting in South Austin last month that left one man dead. 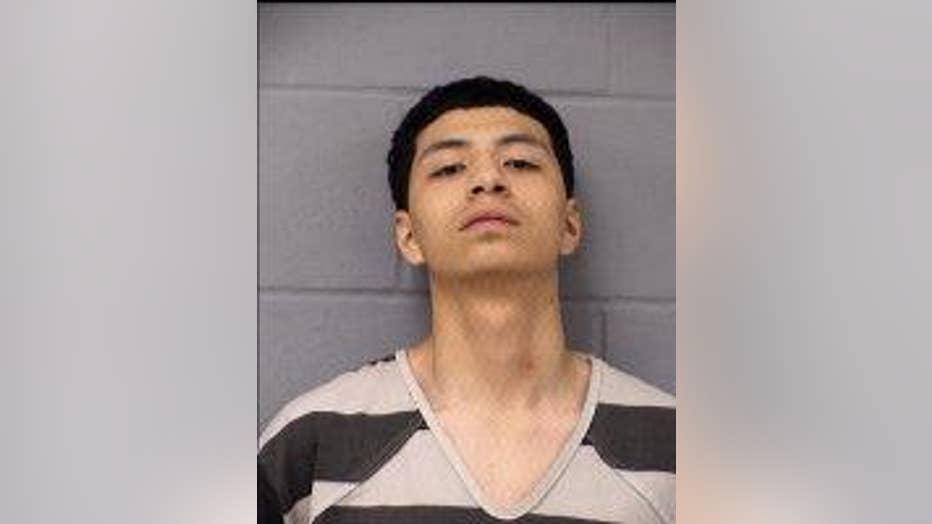 Francisco Jav Llanas, 17, was arrested and charged with first-degree murder in the shooting death of 19-year-old Oscar San Juan Jaimes.

APD says Llanas shot Jaimes in a drive-by shooting in the 2200 block of E. Stassney Lane in South Austin the night of March 13. Llanas is currently in custody in the Travis County Jail with a bond of $500,000 and additional charges are pending.

Austin 9-1-1 received multiple calls regarding shots fired with callers stating it was a drive-by shooting and one person had been shot, says APD. Police and EMS units arrived on scene and found Jaimes with life-threatening injuries. He was transported to a local hospital and pronounced dead at 11:54 p.m.

Homicide detectives spoke with witnesses and learned that the incident was the result of an ongoing feud between known subjects. Jaimes was only visiting the address, says APD, and may not have been the intended target.

Anyone with video or information about the shooting is asked to call Crime Stoppers at 512-974-TIPS, use the new Crime Stoppers App, or email APD Homicide. Tips can also be submitted by downloading APD's mobile app, Austin PD, for free on iPhone and Android.