AUSTIN, Texas - The Austin Police Department is asking for the public's help in identifying a suspect they say was involved in the armed robbery of two businesses.

The suspect entered both locations, threatened a store employee with a handgun while demanding money and then fled the stores on foot. No injuries were reported in either incident, says APD. 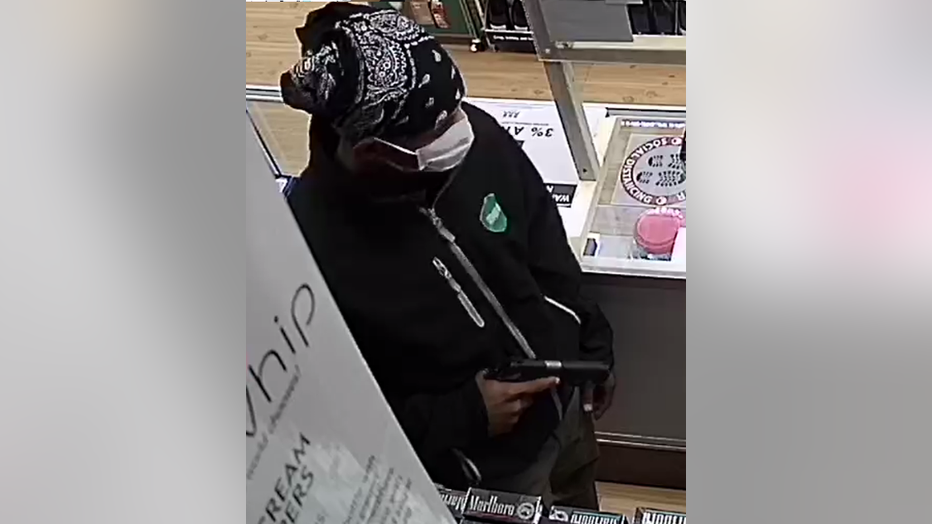 The suspect is described as a Hispanic or light-skinned black male between 20 and 30, with brown hair and eyes, a thin to average build and between 5'6" and 5'6". He was last seen wearing a white surgical mask, blue bandana on his head, a grey and black baseball hat with tape over the emblem, blue zip-up jacket with silver or grey zipper with possible Duo Security logo, blue jeans, hiking-style shoes and diamond studs in both ears. 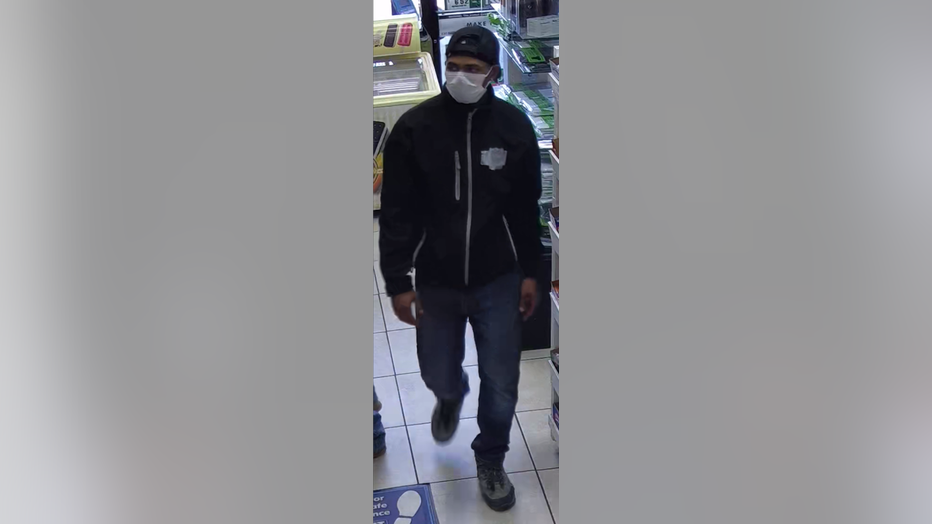 Anyone with information about these incidents is asked to call the APD Robbery tip line at 512-974-5092, Crime Stoppers at 512-472-TIPS or use the new Crime Stoppers App. Tips can also be submitted by downloading APD's mobile app, Austin PD, for free on iPhone and Android.