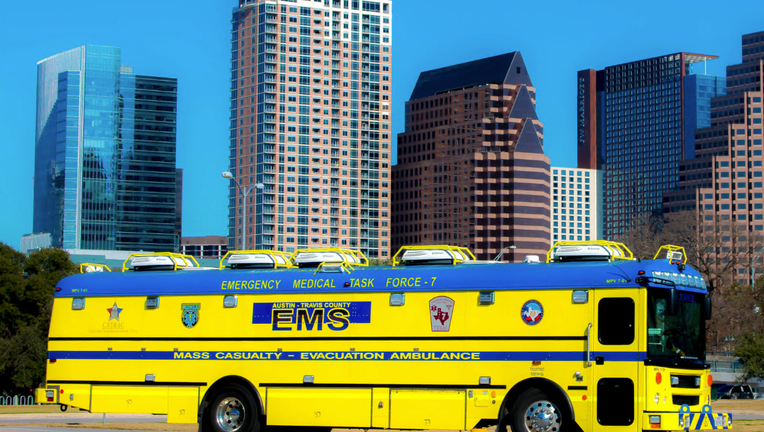 AUSTIN, Texas - ATCEMS says the majority of downtown calls they responded to on Sunday were heat-related.

On Sunday, ATCEMS established a command structure and deployed additional resources for the possibility of an increase in call volume for the downtown area. ATCEMS continued to tell the community to exercise caution as medics responded to nine incidents on Saturday with four patients needing transport.

On Sunday ATCEMS say that a majority of patients that medics have responded to in the downtown area have been heat-related.

Chelsea Andrews has the morning weather forecast for June 6, 2020.

Sunday morning saw thousands of protesters come out for an organized rally, "Black Austin Rally and March for Black Lives" which started at Huston-Tillotson University at 1 p.m. and was followed by a march to the south entrance of the Texas State Capitol.

The rally started at Huston-Tillotson University at 1 p.m., followed by a march to the south entrance of the Texas State Capitol.

Sunday marks the tenth day of protests in the Austin area. Protesters have come together to protest police brutality after the death of George Floyd and Austin man Mike Ramos, who was shot to death by an Austin Police Department deputy.

In addition to the extra resources deployed by ATCEMS, the organization'ss AmBus has also been activated.

ATCEMS is also reminding the community to be safe and stay hydrated.