On Sunday, Easy Tiger and Les Dames d’Escoffier hosted a bake sale with 100% of the proceeds going back to Texas French Bread.

AUSTIN, Texas - The community continues to rally around an iconic Austin eatery weeks after it went up in flames.

On Sunday, Easy Tiger and Les Dames d’Escoffier hosted a bake sale with 100% of the proceeds going back to Texas French Bread.

The local businesses were able to raise $7,000 for Texas French Bread at the Baker's Benefit bake sale on Sunday. The money was raised from vendors selling baked goods and from the silent auction sponsored by local LBW partners.

"A lot of our group just wanted a way to help, just anything we could do and for most of these people that involves making awesome baked goods," said Stacy Franklin, co-owner of Franklin Barbecue and president of the Les Dames d’Escoffier Austin Chapter. 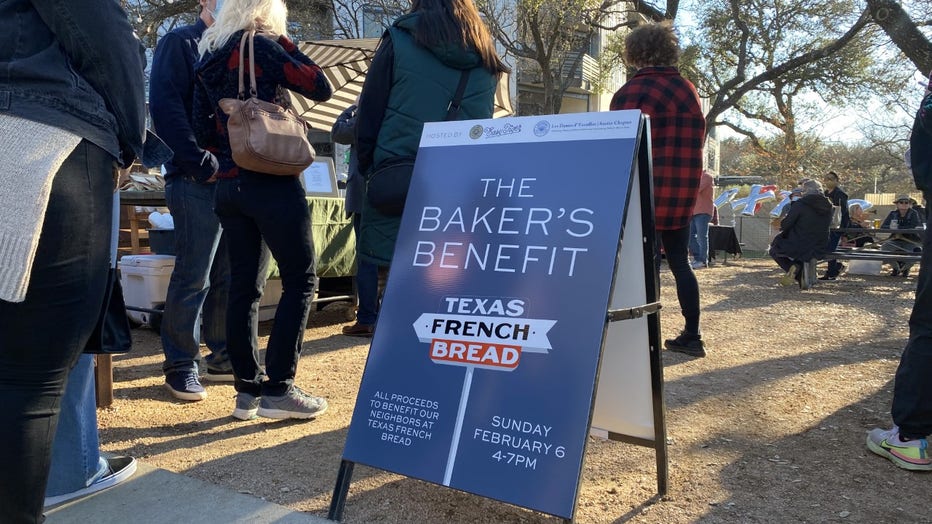 Several Austin businesses rallied together to help out Texas French Bread after they lost their bakery to a fire last month.

It was a fitting way to come alongside the iconic music venue turned bakery.

"We just had to support our fellow bakers," said David Norman, head doughpuncher at Easy Tiger. "We like to help each other out, whether it’s sharing a recipe or technique, or when something as tragic as this happens."

Shortly after celebrating its 40th anniversary, Texas French Bread was destroyed in a fire in late January. The fire caused roughly $1.1 million in structural damage and $500,000 to equipment and other content.

The Austin Fire Department is investigating a fire that happened at the bakery just before 11 p.m. on January 24.

"I was so sad to find out what happened," said Jenny Goodwyn, owner of It’s All Good Goods, one of the vendors at Sunday’s event.

"It was in between UT and the design firm where I worked, and so I stopped there daily," she said.

In an update posted Saturday on GoFundMe, the owners of Texas French Bread thanked the community for their generous financial support and said that they are "currently seeking commissary space that will allow us to continue limited operations while we explore options to rebuild our facility."

For those who missed the bake sale, Still Austin Whiskey Co. and Tito's Vodka are donating $1 from each sale of Gin Fizz (Still Austin) and Lavender Lemonade (Tito's) at all Easy Tiger locations all month long.