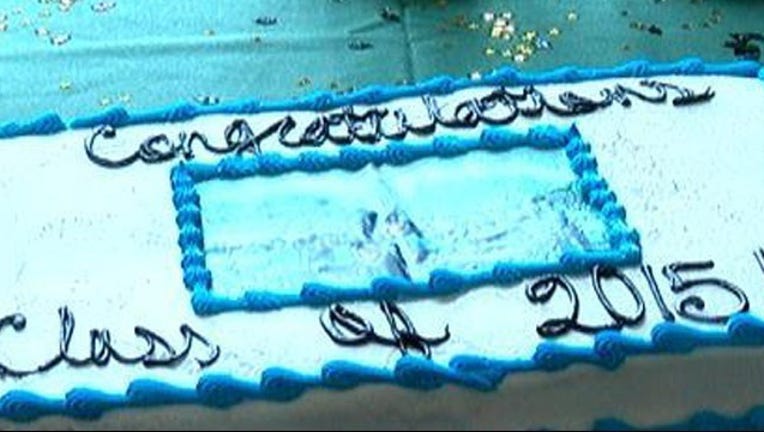 Tears roll down Daniel Reyes' face as one of his teachers reminisces on his classroom performance.

He will be the first in his family to go to college this fall.

I was just sitting down with my dad talking to him, he said, "you are the first one. You have a lot of responsibility," and that was a lot for me on my shoulders. The thing that was great about it was that I have the honor to carry that on," said Reyes, LASA High School Graduate.

This group of students was accepted into the Breakthrough Austin program back when they were just 6th graders. It's a year round program that builds a path for low income students to earn a degree. Now, they are being commended for never giving up.

"The day doesn't end right when the school bell does. Our students go off in their lives and they need extra support there to continue learning in the summer, Saturdays and after school," said Michael Griffith, Executive Director of Breakthrough Austin.

Brenda Sanchez says college was something her mother always wanted her to do, because she did not get to do it herself.

"My mom had me when she was 16, so having a child and trying to go to college is really difficult," said Sanchez, LASA High School Graduate.

Each student received a case manager who carefully watched the student's progress and acted as a shepherd.

"They helped us a lot they cared about us, and throughout the whole way there's emails, text messages and phone calls," said Reyes.

With the statistics stacked against them, teachers, faculty, and staff are hoping they can help these and future students break through the chains that society says could hold them back.

"With their support and my family's support I've come this far so I'm excited," said Sanchez.

"Our goal is to have a lasting impact to lift families out of poverty for generations and education is the number one way that a student can do that," said Griffith.

Brenda says she will become an architect and Daniel says he will be a lawyer and hopefully serve in his hometown of Austin.