AUSTIN, Texas - A man has been arrested for causing a fiery crash in North Austin.

According to the arrest affidavit, the crash happened in the 9200 block of southbound US Route 183 around 1 p.m. on Sunday, April 17.

When deputies with the Travis County Sheriff's Office arrived at the crash, they learned from witnesses that a gold minivan was exiting a private drive and attempting to head south on US Route 183 when it struck another vehicle.

The victim's vehicle eventually came to a rest on the driver's side door before catching fire.

The gold minivan allegedly drove away, according to the sheriff's office.

Witnesses at a nearby church were able to pull the female victim out of the fiery vehicle and get her to safety. She reportedly suffered a small laceration to her left wrist and burns to both of her forearm areas.

While first responders were on scene putting out the vehicle fire, a witness reportedly saw the gold minivan nearby. Deputies approached the minivan and noted in the arrest affidavit that the vehicle had heavy front end damage. The airbags had also been deployed within the gold minivan.

The driver of the gold minivan, who was later identified as Nelson Moran-Mendez, returned because he was worried about the occupants of the vehicle he ran off the roadway. Moran-Mendez was arrested and charged with failure to stop and render aid, a third degree felony. 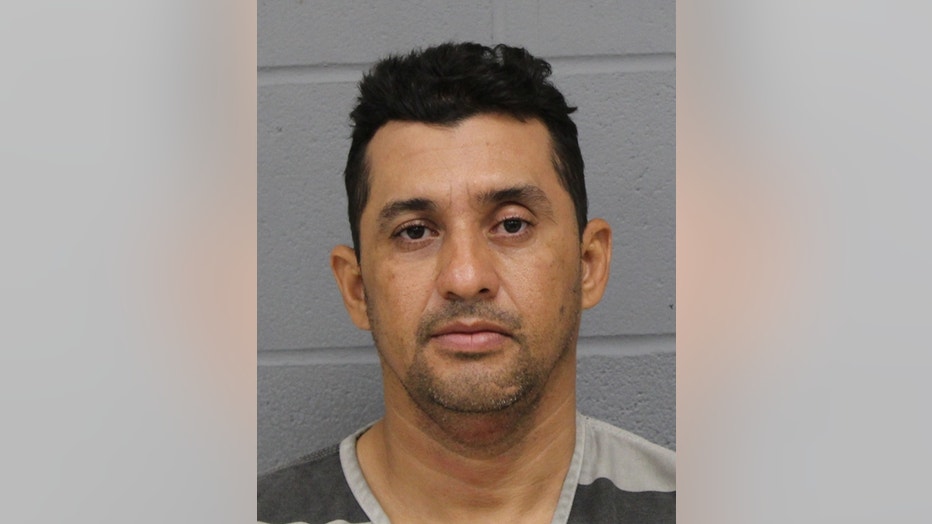 Moran-Mendez was arrested and charged with failure to stop and render aid, a third degree felony.