Texas woman donates kidney to mom ahead of Mother's Day

A mother-daughter duo in Austin has a special reason to celebrate Mother's Day this year. Dehna Richards recently gave her mom the ultimate gift, a chance at a healthy life, by donating one of her kidneys.

AUSTIN, Texas - An Austin mother and daughter will have much to celebrate this coming Mother’s Day. Dehna Richards recently gave her mom the ultimate gift, a chance at a healthy life, by donating one of her kidneys.

Richards’ mother, 71-year-old Sandie Mikuls, was diagnosed with chronic kidney disease about 13 years ago. Last May, Mikuls learned her kidney function has dropped to the point where she needed to go on dialysis or get a transplant. 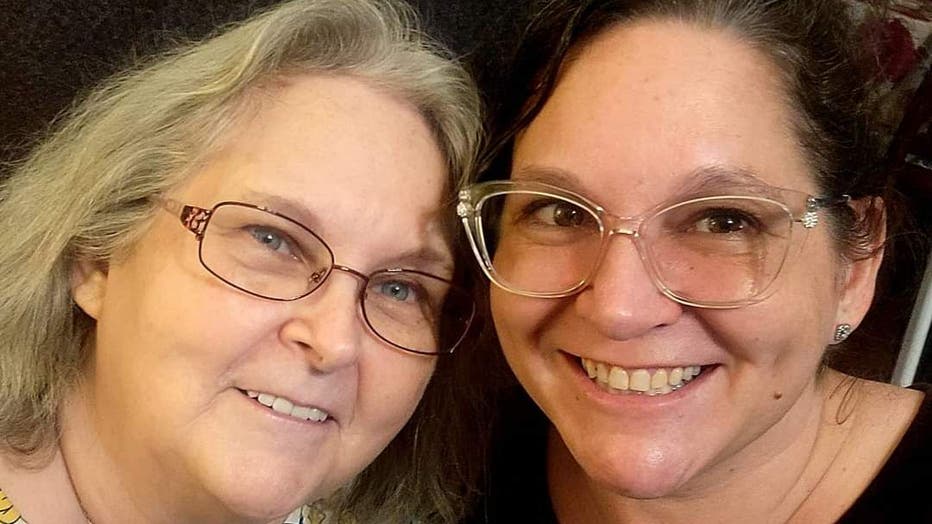 But Richards, a 44-year-old teacher, wouldn’t take no for an answer. "It was never a question for me," explained Richards. "She needed a kidney. If they said that I was good enough, and she could have mine - it just made sense."

Her conviction and determination are exactly what transplant surgeon, Dr. Jacquie Lappin, wants to see in a donor.

"I want to capture that and put it in a little bottle for a rainy Monday, so I can take that wonderful feeling out that comes when you meet people like that, cause it's just very uplifting," said Lappin, Surgical Director at St. David’s Kidney Transplant Center.

After a series of comprehensive tests, Richards learned she was healthy enough, and she was a match for her mom – which sometimes isn’t the case with a mother and child.

But that didn’t happen in their case. Mom and daughter were compatible. On February 22nd of this year, they underwent a successful transplant surgery at the Kidney Transplant Center at St. David’s North Austin.

"For the most part, I think I'm doing 100-percent better," said Mikuls. "And her kidney runs like a racehorse. There aren't enough words. She's my daughter. Both of my girls have been so fantastic to me."

Richards said she’s feeling great and thankful she could help her mom. Now, both hope to inspire others to become living kidney donors.

"There are 100,000 people waiting for this gift of life, and they're stuck to a dialysis machine, and they have families that want them around too, who've probably tried, but for whatever reason can't donate," said Richards. "We were lucky. If anyone is considering doing it - it really is not that bad. Like, you can bounce back - and, you've saved a life. So, it's worth it."